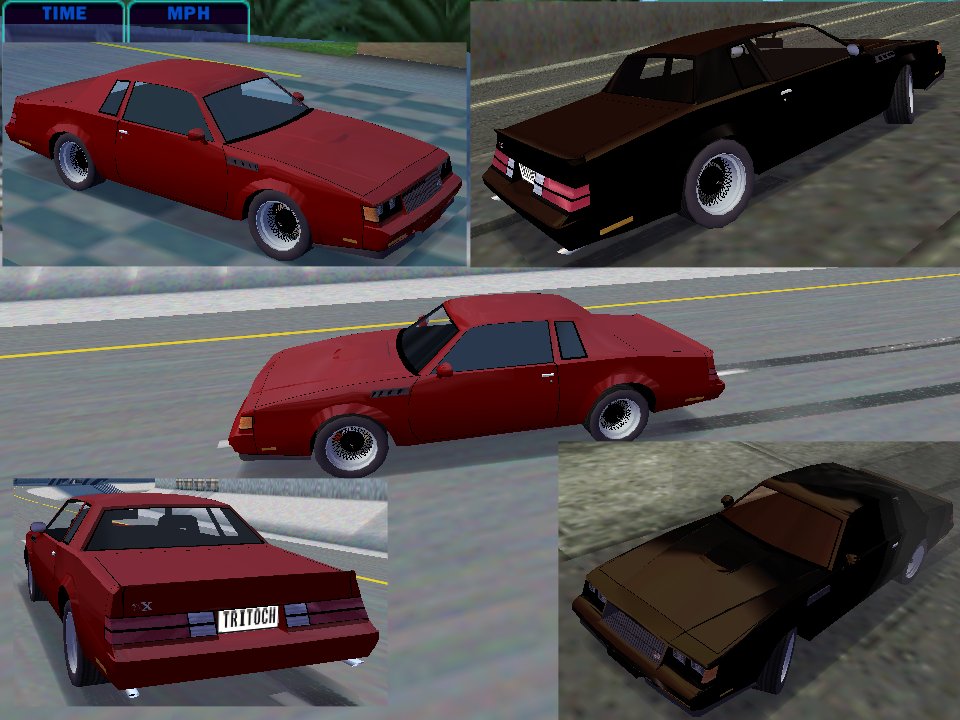 Possibly the greatest 80s American domestic muscle car produced. In 1987, 547 fully optioned Grand Nationals were sent to ASC/McLaren Specialty Products to be tuned. What was turned out was nothing short of amazing. Burning up the tracks with 13 sec quarters, and rubber smoking amounts of horsepower (conservatively 276.0 bhp @ 4400 rpm, 380.0 ft lbs @ 2600 rpm), Buick turned out one of the most highly sought after cars produced during the entire run of Regal/Grand Nationals. Every last one of them was sold before they hit the showrooms.

On with this model: All GNXs were produced in standard black, but just for the sake of difference, Ive included both a silver and red paint scheme (as well as the regular black).

Ive enjoyed playing around and building this