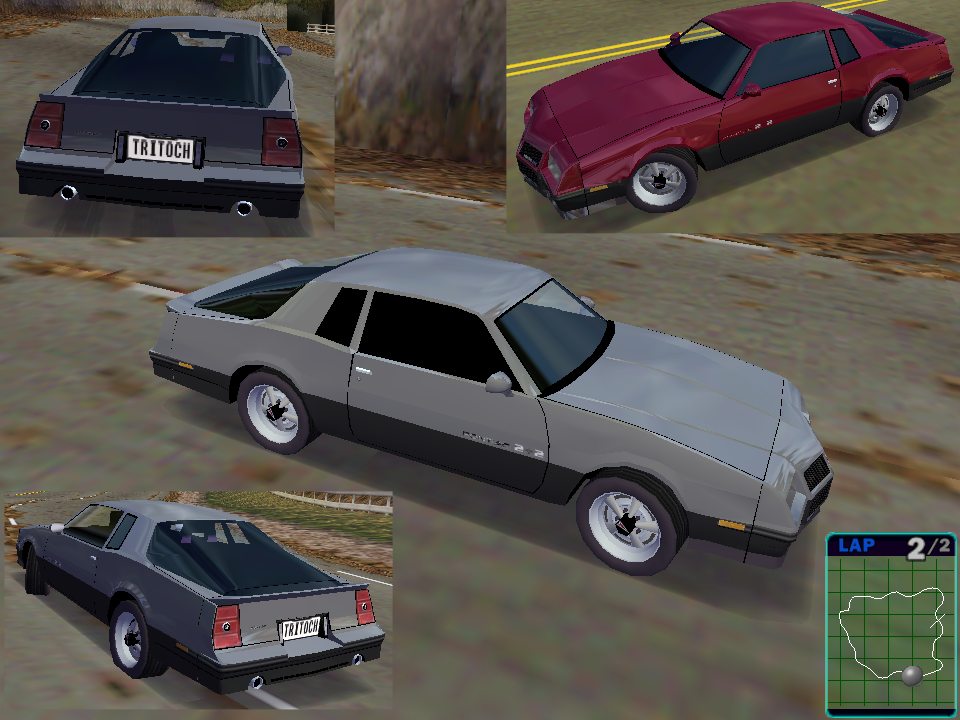 The next G-Body- the Pontiac Grand Prix 2+2. Richard Petty drove his NASCAR version during the 86 season .

This particular Model of Pontiac shows GMs broad spectrum plan during the mid eighties to thouroghly saturate the NASCAR circuits with their models (this and the 87 Monte Carlo SS Aerocoupe). During the 86 production year note have this limited production model between the numbers of 1100+ to 1225. Almost 6x the Number of Chevy SS Aeros produced for the very same reason. Of noteable difference though, the Monte had a chevy small block producing 190hp, while this Grand Prix only produced 165hp during modest testing. Of the G-Bodies, that makes this mostly a sheep in wolves clothing. From such a grand outer appearance, one might expect an extreme amount of performance. Bare in mind most standard family sized sedans of the day produced anywhere between 70 and 130 hp. The reasonable addition of 35 hp seems like a major improvement, just not when compared to the same year(s) Monte SSs.

This model features 3D scratch build all around, stock rims, Modified EA driver head, Realistic 165 hp carp file for accurate class B performance. Paint schemes include the original color silver and charcoal, a rumored color Burgundy and charcoal, and two of my own choices Slate Blue and white.