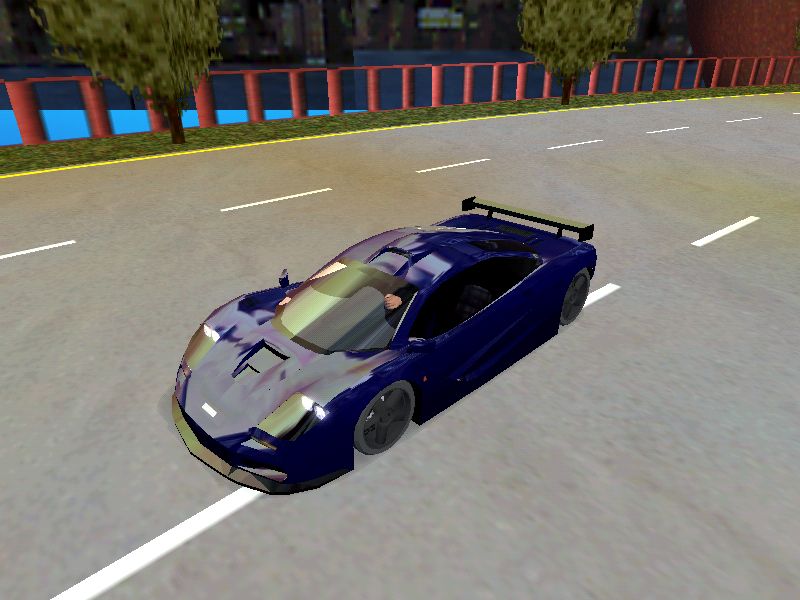 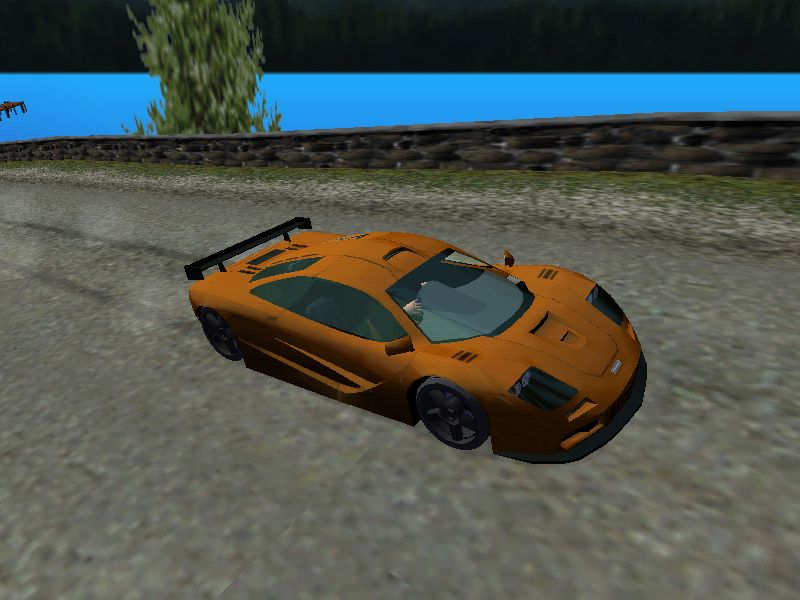 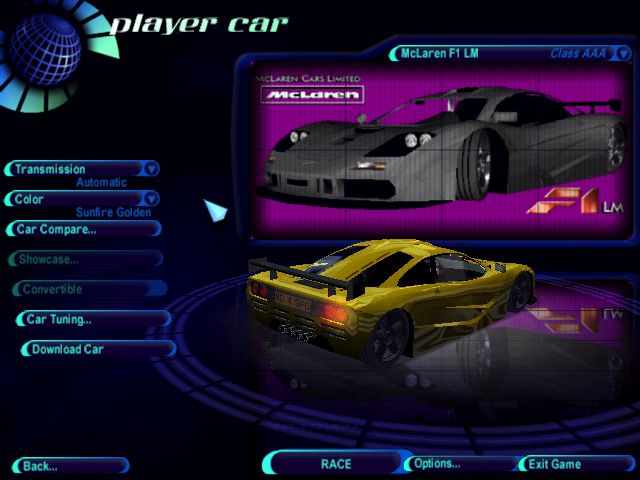 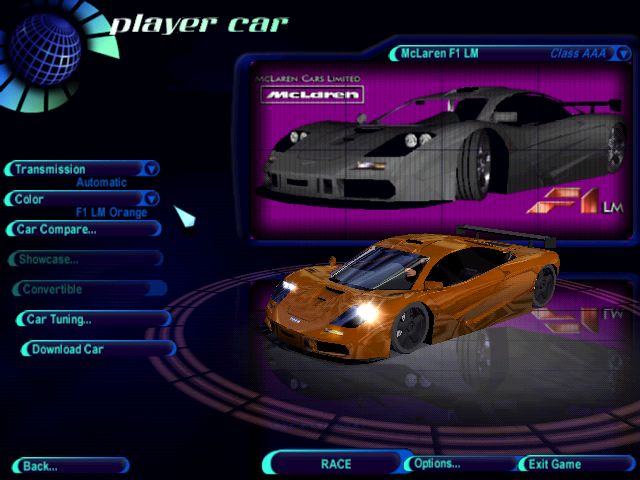 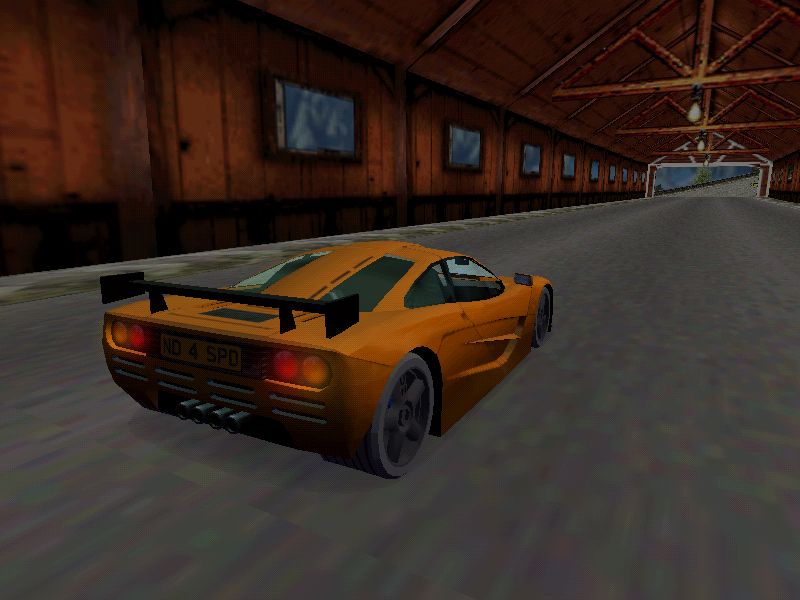 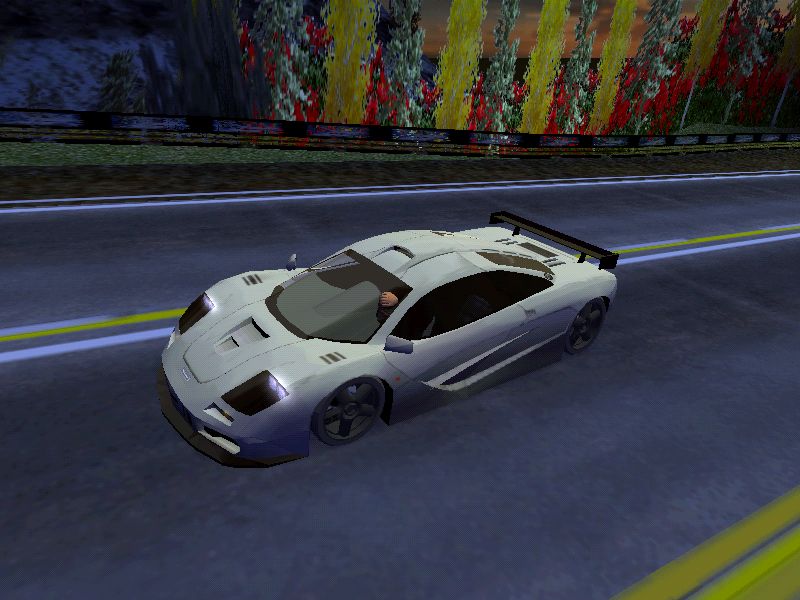 This is the rival of the Mercedes CLK-GTR (well, i suppose :P), the great McLaren F1 LM, a NFS6 to NFS4 and NFS3
conversion made by me.

Modified from the original car, with a lot of improvements:

-Accurate re-texturing work in the wheels.

-Added High Chrome, DonÂ´t Chrome, No Cull and Semi-Transparent depending of some parts and textures.

-Fixed all bugs from the original car, like Textures out of range.

-Added Driver from Need for Speed Most Wanted (More detailed, but more realistic ;).

-Full Grid playable (in slow computers, this car is only playable with 1 opponent).

-Driver movements: No (with that driver are imposible).

-All NFS languages are supported.

-Performance from McLaren F1 GTR (if you want to reach the maximun speed of this car,
you can see the image of the car tuning included on the ZIP file)

More details on the Readme file.