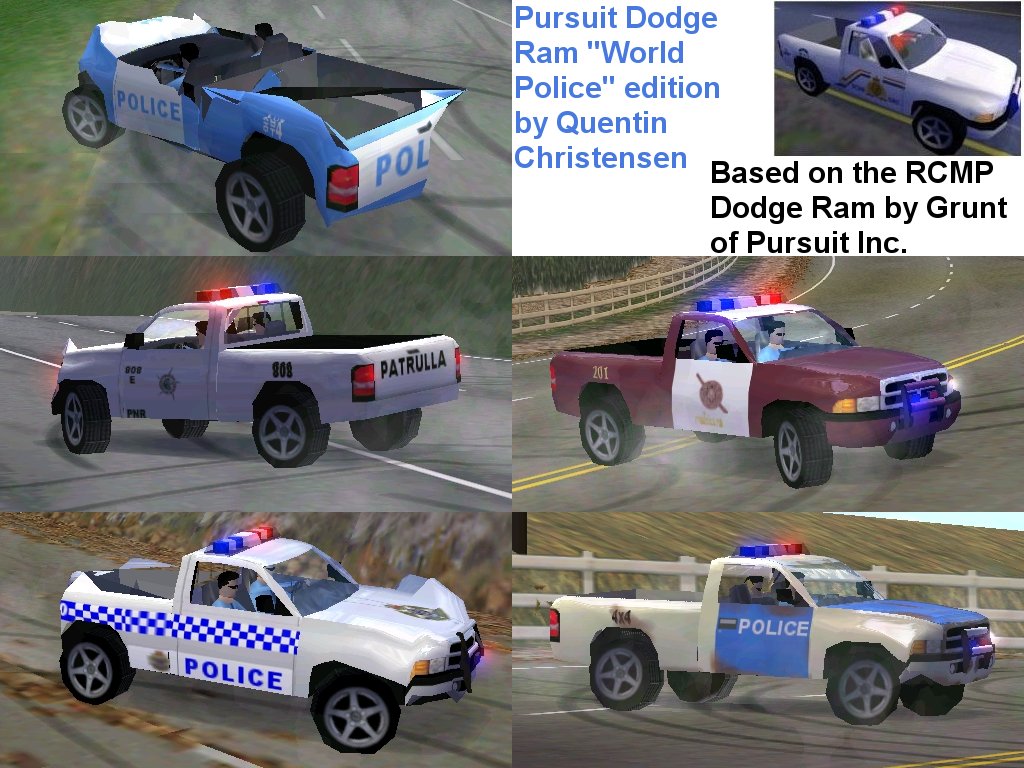 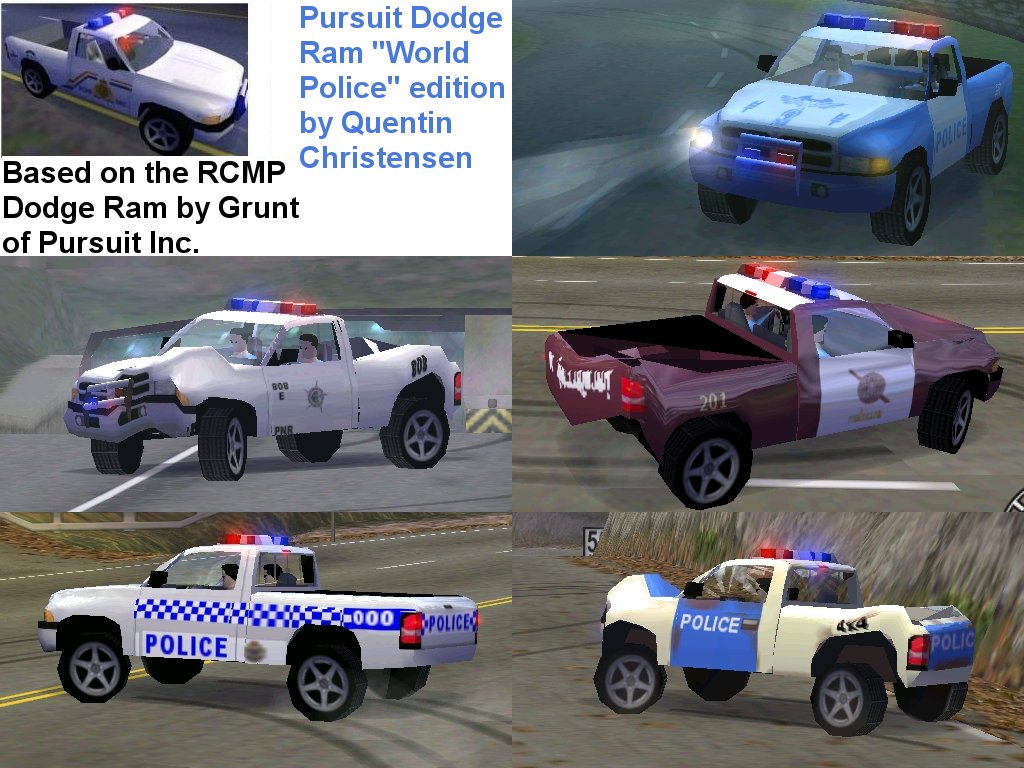 Included skins in this version:

I wanted a low poly pursuit ute (pickup) with damage, and used Grunt's as a base to experiment and add my own damage to - I then changed the skin to a UN Police skin, and added several varieties for the different country tracks (although there is an aus.tga file in there, I've never found a track it works on, and I have the Australian version of the game, if anyone knows how to edit a track's country, please let me know!). I then added the other features above to give the vehicle just about every NFS4 feature (except upgrades).