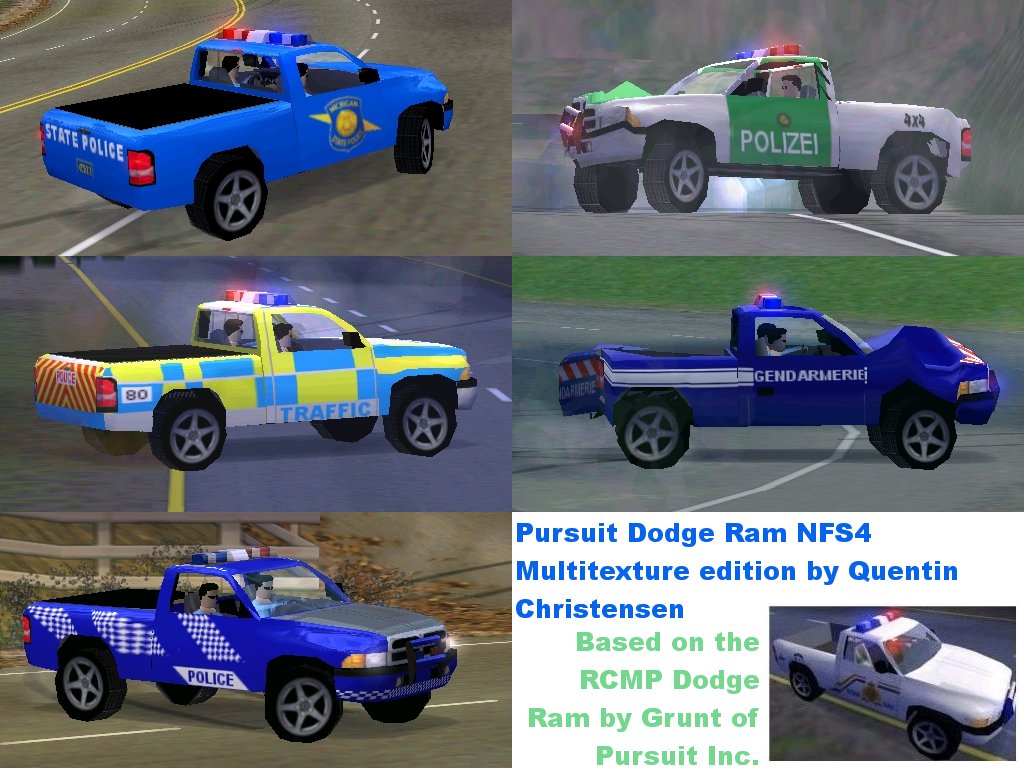 This is the last version I've got planned at this stage (though I will consider any requests), so for this version I've included the following liveries to match the country themes in NFS4: