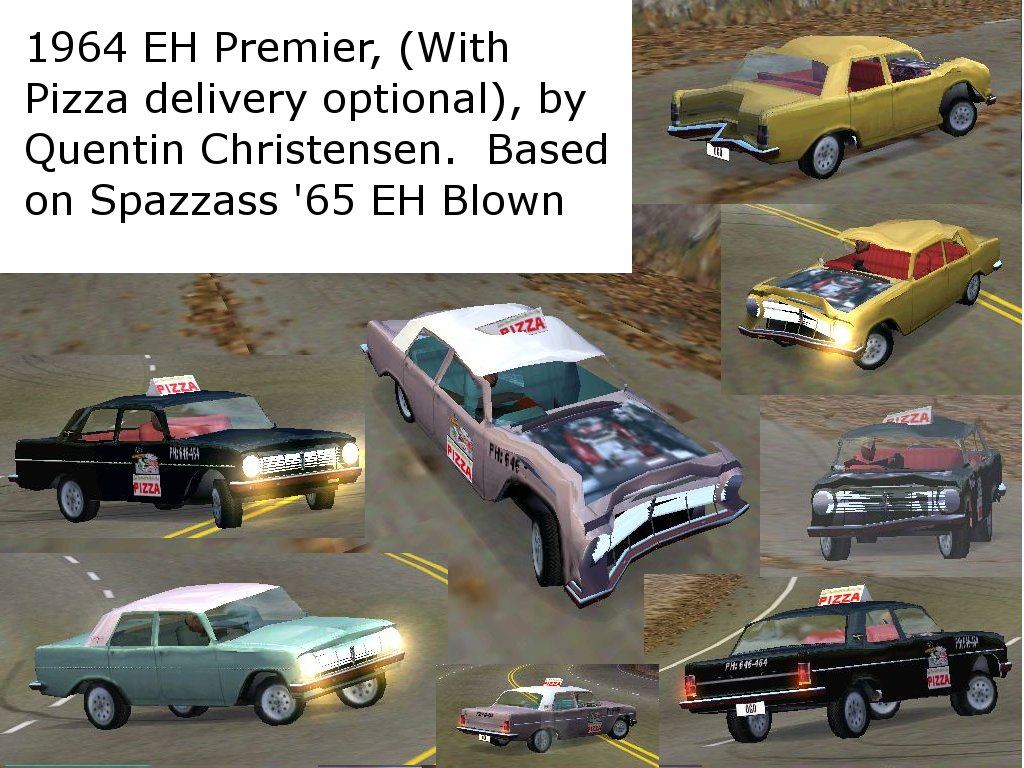 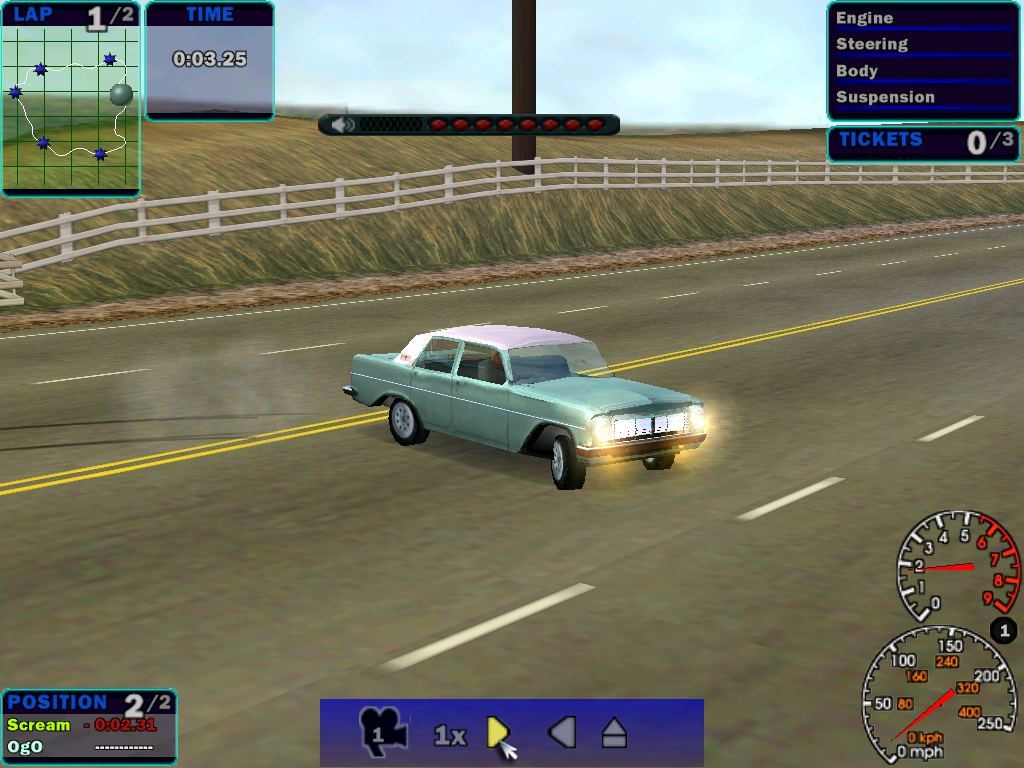 I've tried to turn Alex's blown and lowered 2 door EH 'back' into a more stock 4 door EH. I've also given the car Premier badging, chrome strips, a two tone paint job, damage, a convertible option which turns it into the classiest pizza delivery car around. I started to make a dash view, but I just couldn't get the hang of it, so I apologise for it's lack of inclusion.

with 38 triangles and 20 vertices being used in the convertible part.

I had a play with the carp.txt to try and make it realistic - I'm not sure if I've managed that, but it's fun to drive (I did discover this morning when playing around that I can do 100 in reverse, and control the car pretty well - I suspect that might not be 100% true to the original!).


Information on the Holden EH:

If you want to modify this car, my only request on the work I have done is that you give me credit, and since I haven't been able to contact Aussie Muscle or Alex Isaac, I don't speak on their behalf.