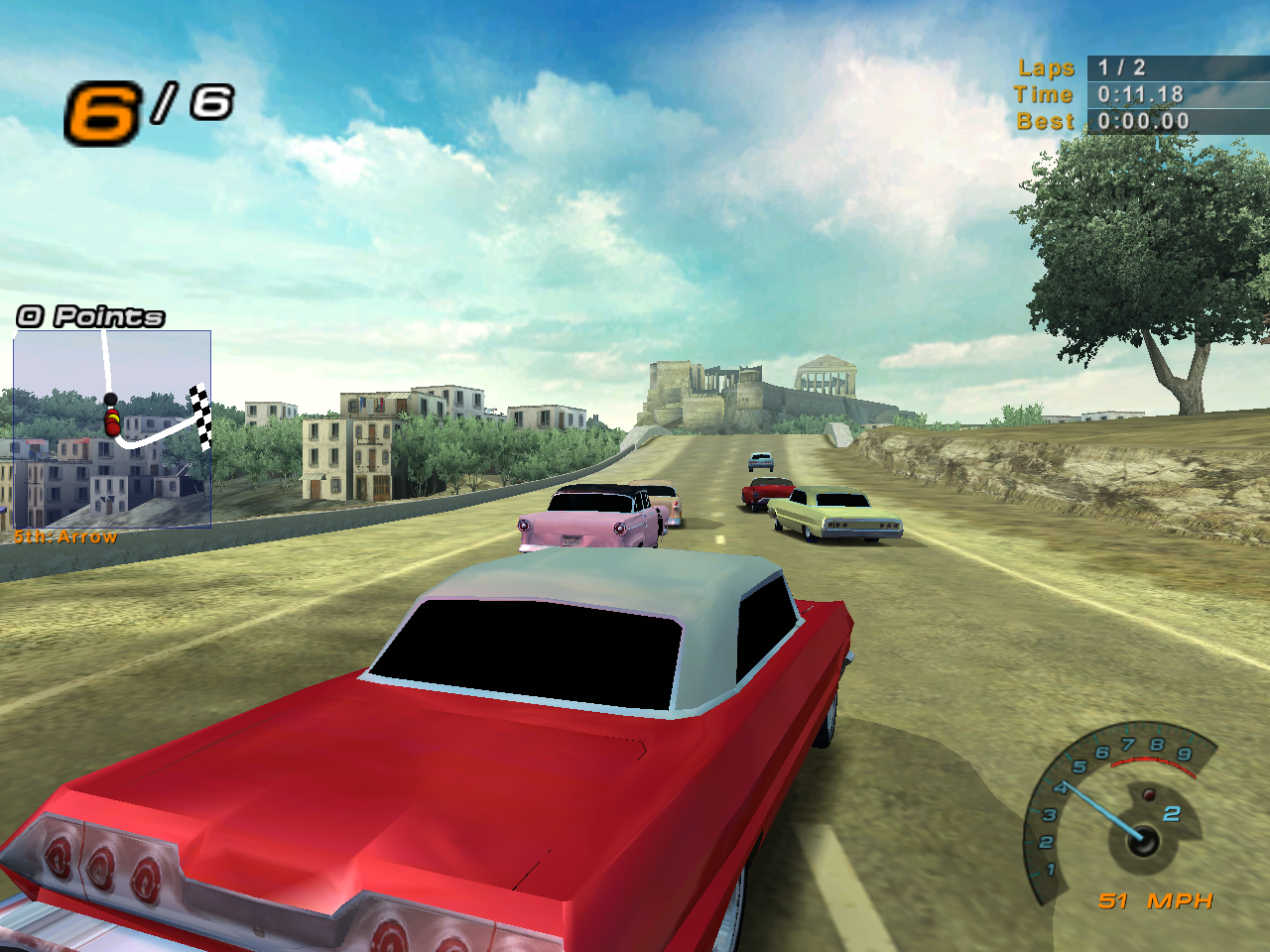 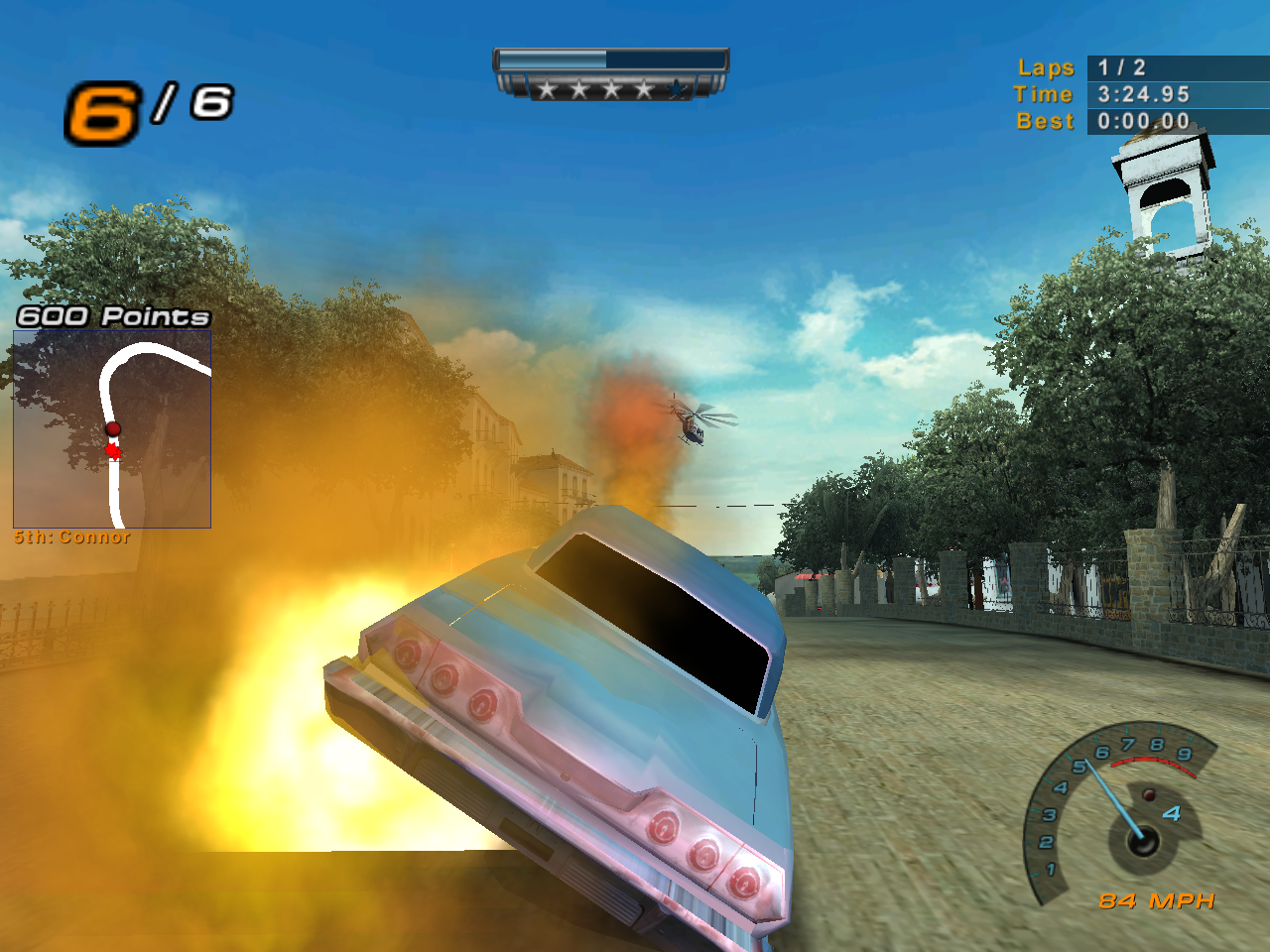 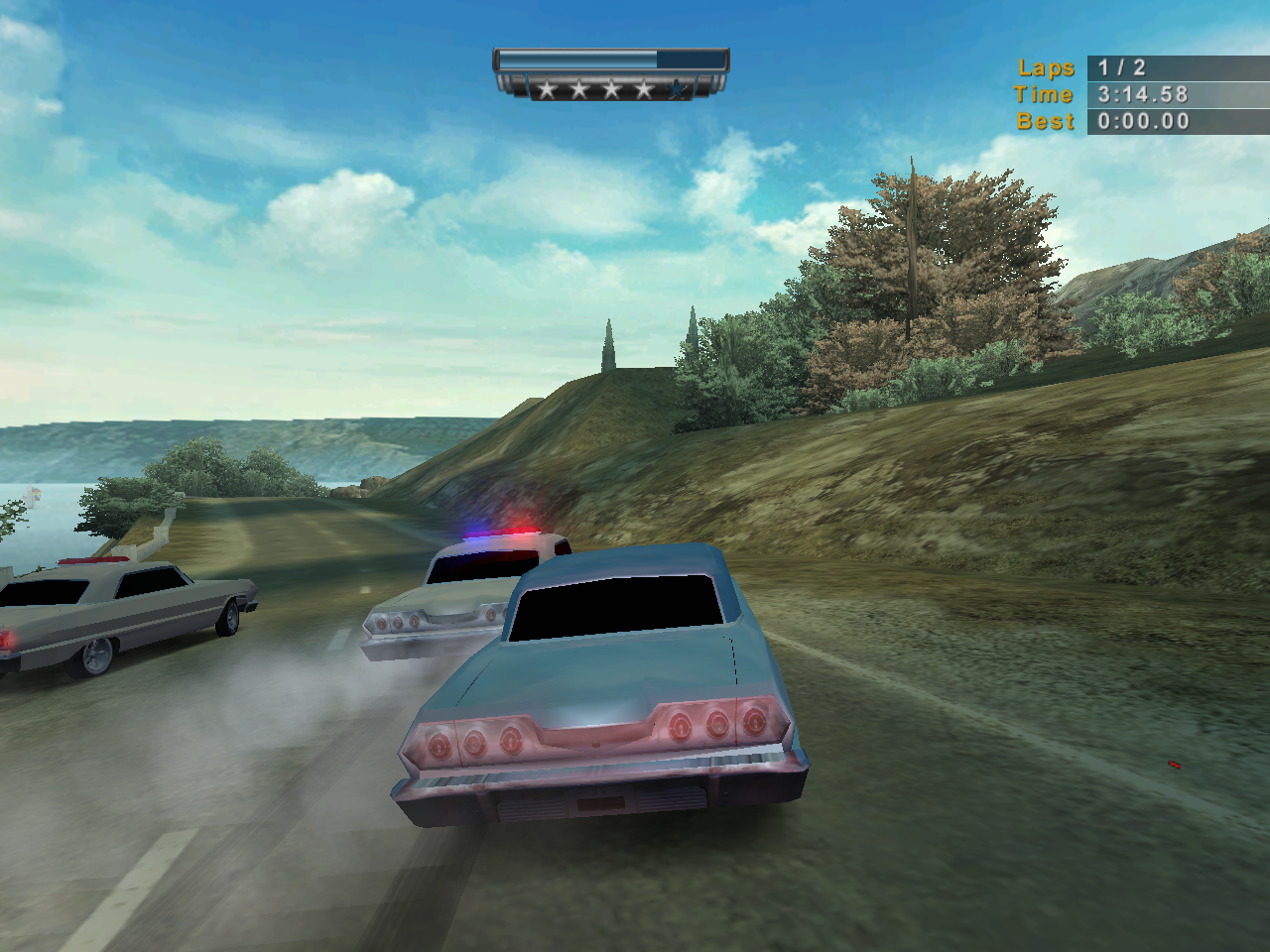 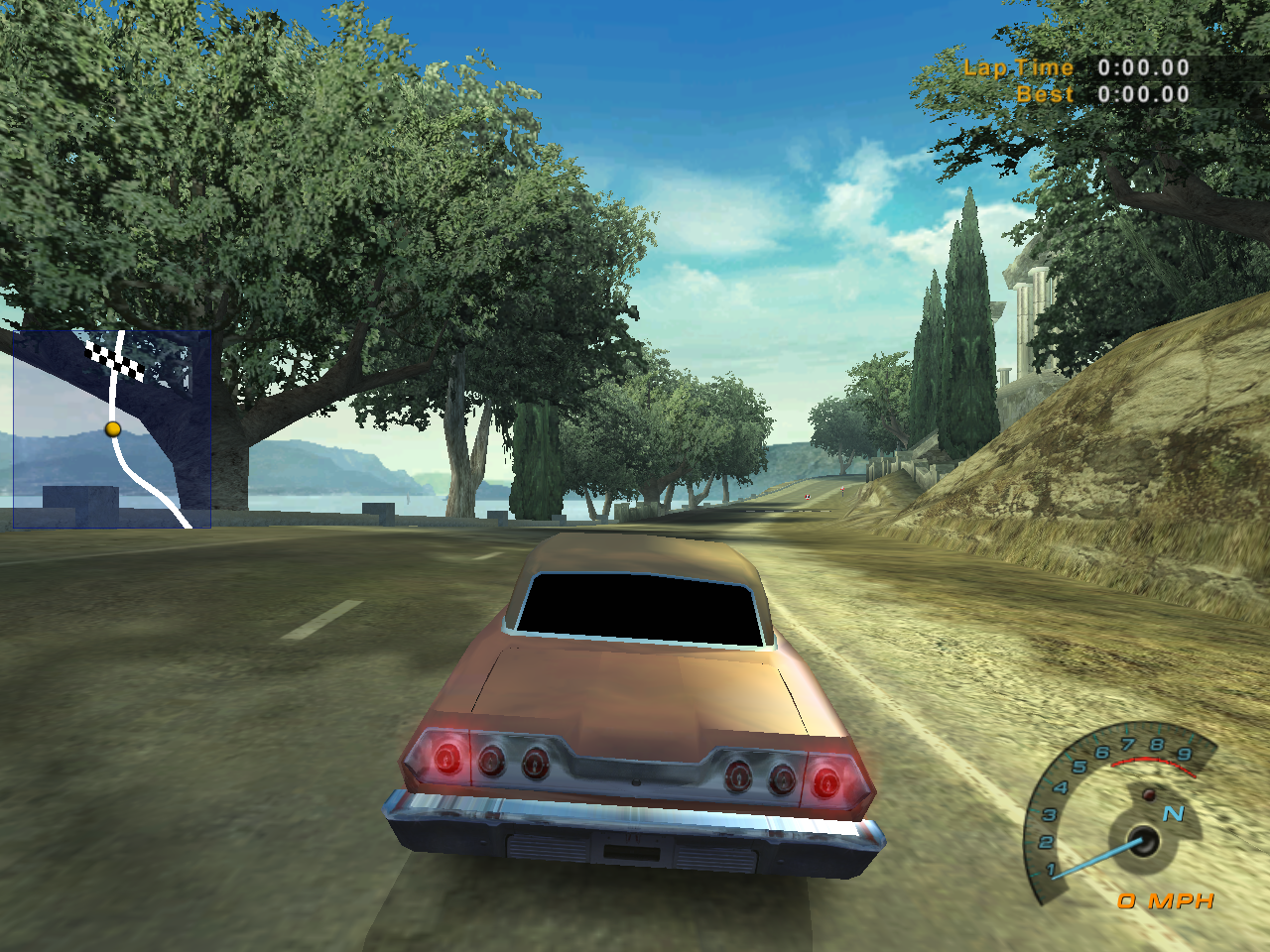 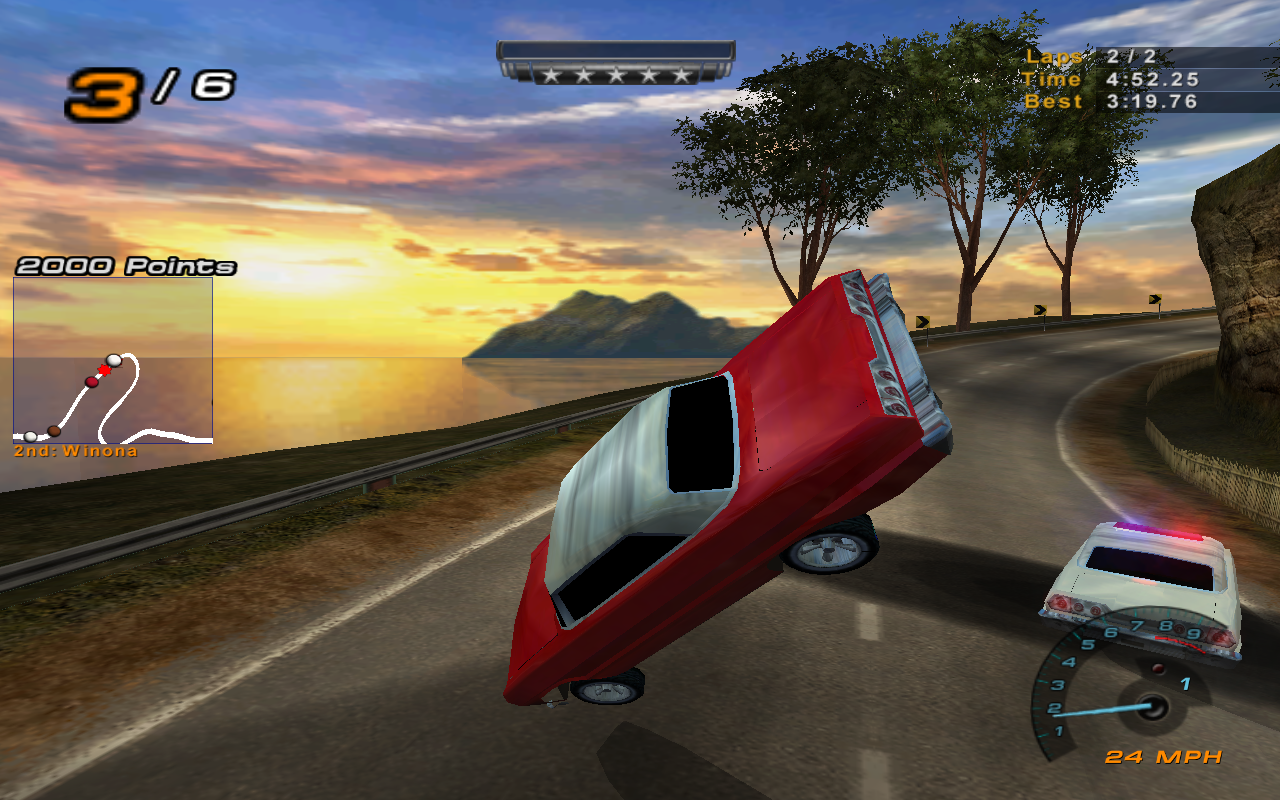 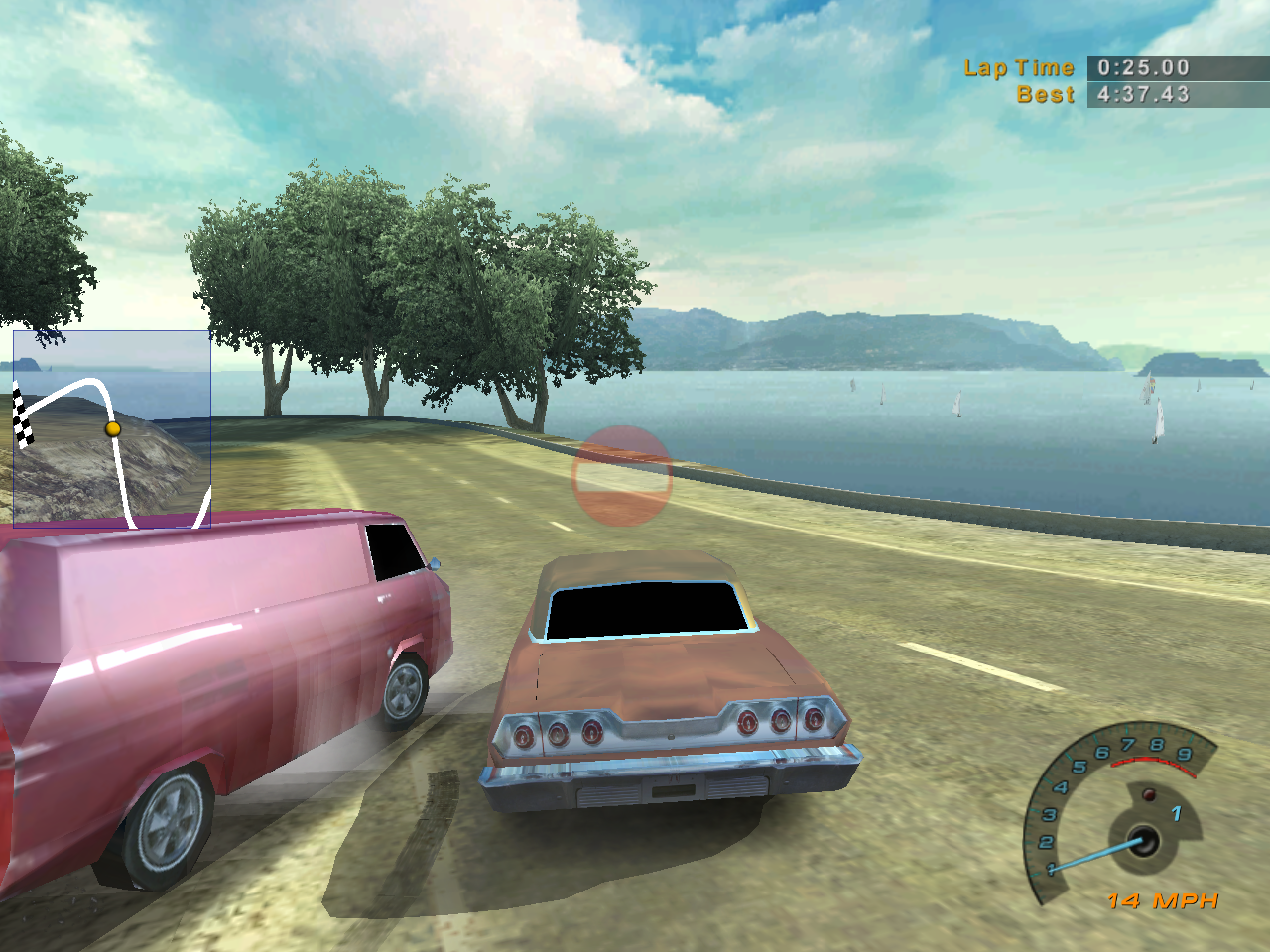 This car started life as 1964 Impala LOD 4 detail vehicle from the game Forza 4.
Since a LOD 4 vehicle is way to high poly to consistently use as a traffic vehicle in HP2,
I hacked and slashed away at the mesh to get the poly count down to an acceptable level.
I did not use a LOD 5 vehicle because the level of detail was too low for my liking.
I then remodeled the 'sheetmetal' elements to look like a 1963 model. I also used some
chrome elements from a vehicle in the game IHRA drag racing from bethesda software.


Since the car wasn't too bad looking , I figured someone wouldn't mind driving this car
as a race car, so i made a race car version. This is your bonus car! The racing version has
a little better body in small areas, and more specifically has some very nice torque thrust
wheels I fabricated using EA model wheels as a starting point.There is also a beta version
included of the traffic model , that has a bit higher poly count than the "final' version .

(and perhaps some others I dont recall)

A couple of Days..


Dedicated to my Dad who gave his life In the act of saving someone from a huge farm fire.