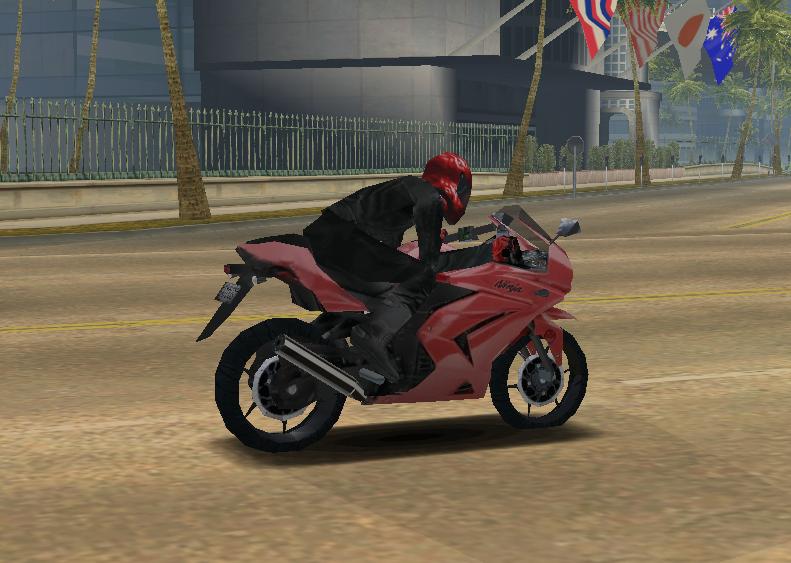 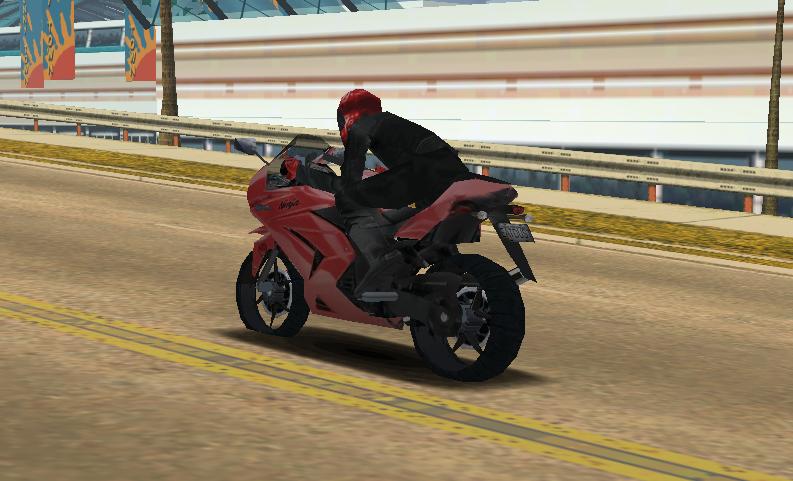 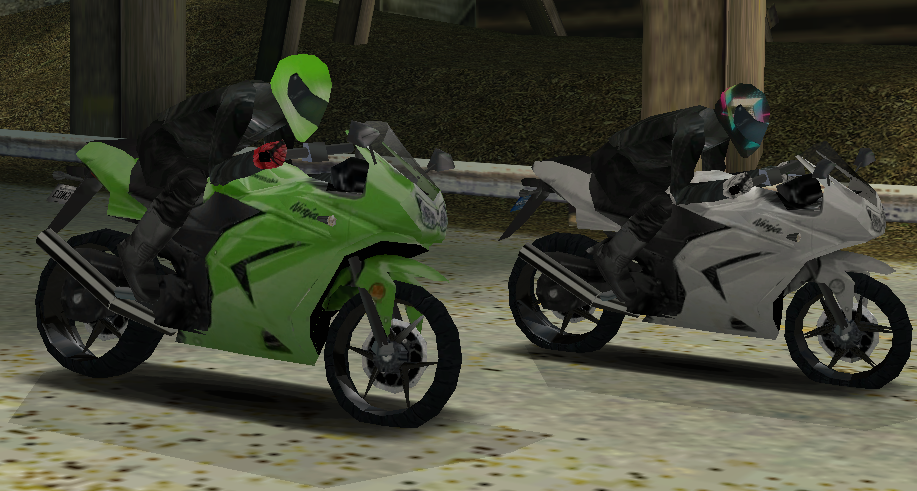 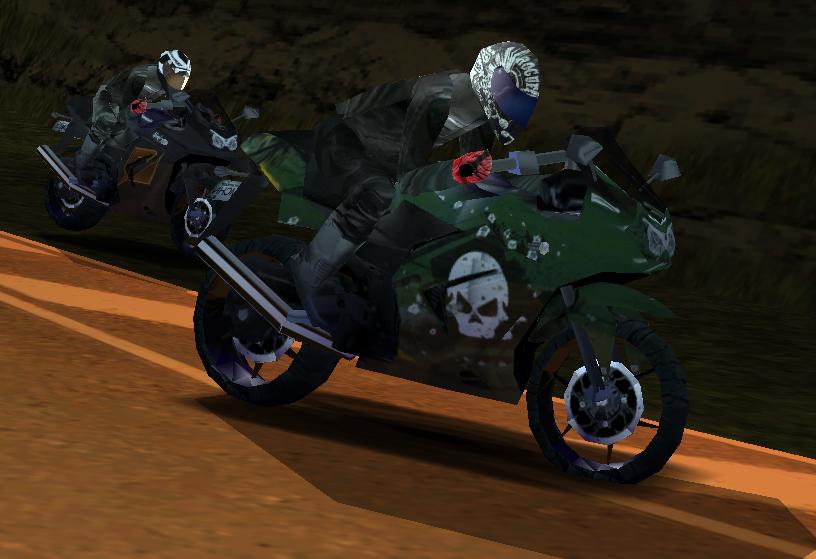 This is my first scratch made model ever! Yep, I made the bike and the driver.
I wanted to make a BMW K1200 RS at first, to replace the Z8, but couldn't find good reference pictures. So I picked this one instead, for a few reasons:
-I love this bike
-There was a Kawasaki bike in that infamous "NFS Out of the Law" picture.
-It's considered a great bike for beginner drivers and I'm a beginner 3D modeler :P

It's quite fast on the road but really hard to control if you try to turn on dirt. It will also lose control if you crash into something so keep that in mind when racing against these.

There are 9 skins. No police or "nfs" hp version yet.

I edited the performance so it does lean a little to the sides. Not exactly like a real bike though. If I find a way to make it more realistic I'll update the mod, and if you know a way please let me know! It's a shame that rotating the bones in the skeleton file has no change in anything.

I hope you like it :)
I might retexture it and use it as a base for a BMW bike later.