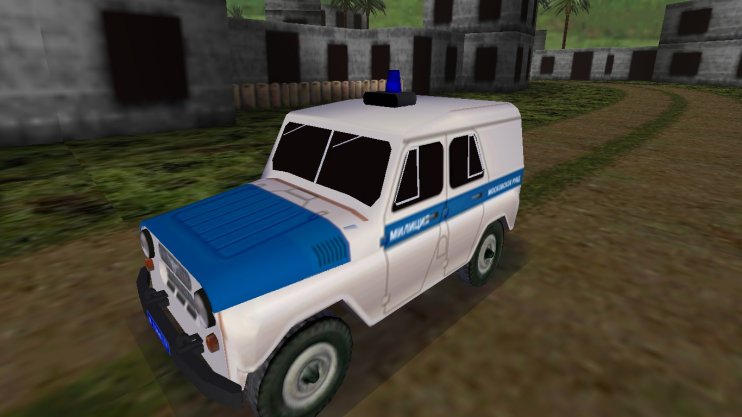 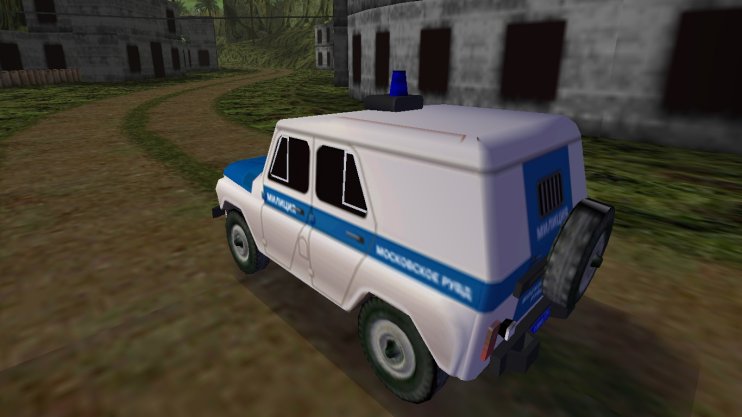 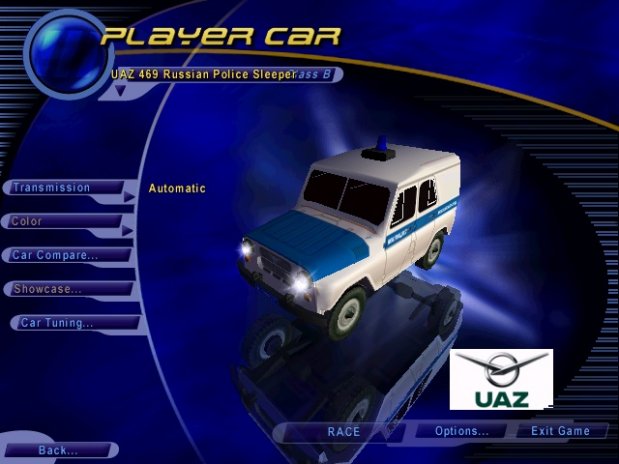 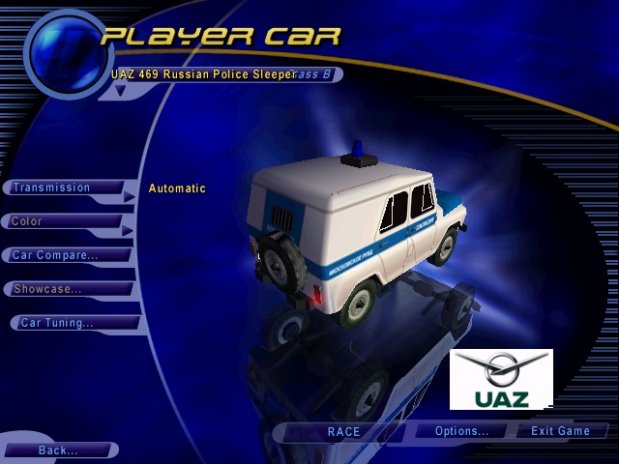 This is a UAZ 469 Russian Police Sleeper, an off-road vehicle widely used by the Soviet armed forces between the 70s and 80s, now available for Need for Speed III. I have already loaded this car on this site but this is the sleeper version, powered by Renault-Alpine A310 2700 VA Boulogne and capable of performance comparable to a normal C-Class car of NFS3, so it is ideal to use it to chase this category of car. This model is not mine, since it is a conversion from Need for Speed IV: High Stakes of the same car created by Mikhailo, so I give credits to him. This car is available in all supported languages. To install it put "suaz" folder that you find in the downloaded Zip file into "C:/Program Files/Electronic Arts/Nfs3/Nfs3/Gamedata/Carmodel". A slide is also available named "03_00.qfs", that will appear on the screen before every race, to insert in the path "C:/Program Files/Electronic Arts/Nfs3/Nfs3/Fedata/Art/Slides". In the zip file you will also find a folder called "pursuit", put it in this path "C:/Program Files/Electronic Arts/Nfs3/Nfs3/Gamedata/Carmodel/Traffic" replacing the already existing "pursuit" folder and you will be chased by many UAZ 469 Russian Police Sleeper in Wanted mode.
Visit my Youtube channel "Opus IV Gamer" (https://www.youtube.com/channel/UCoIje9MbCb2TOtrMmGttYNg) to see a lot of videos that I made on Need for Speed III Hot Pursuit and don't forget to subscribe to it for new coming videos.
Here a video taken from my YouTube channel of a Hot Pursuit competition made with this model against some Class C cars.