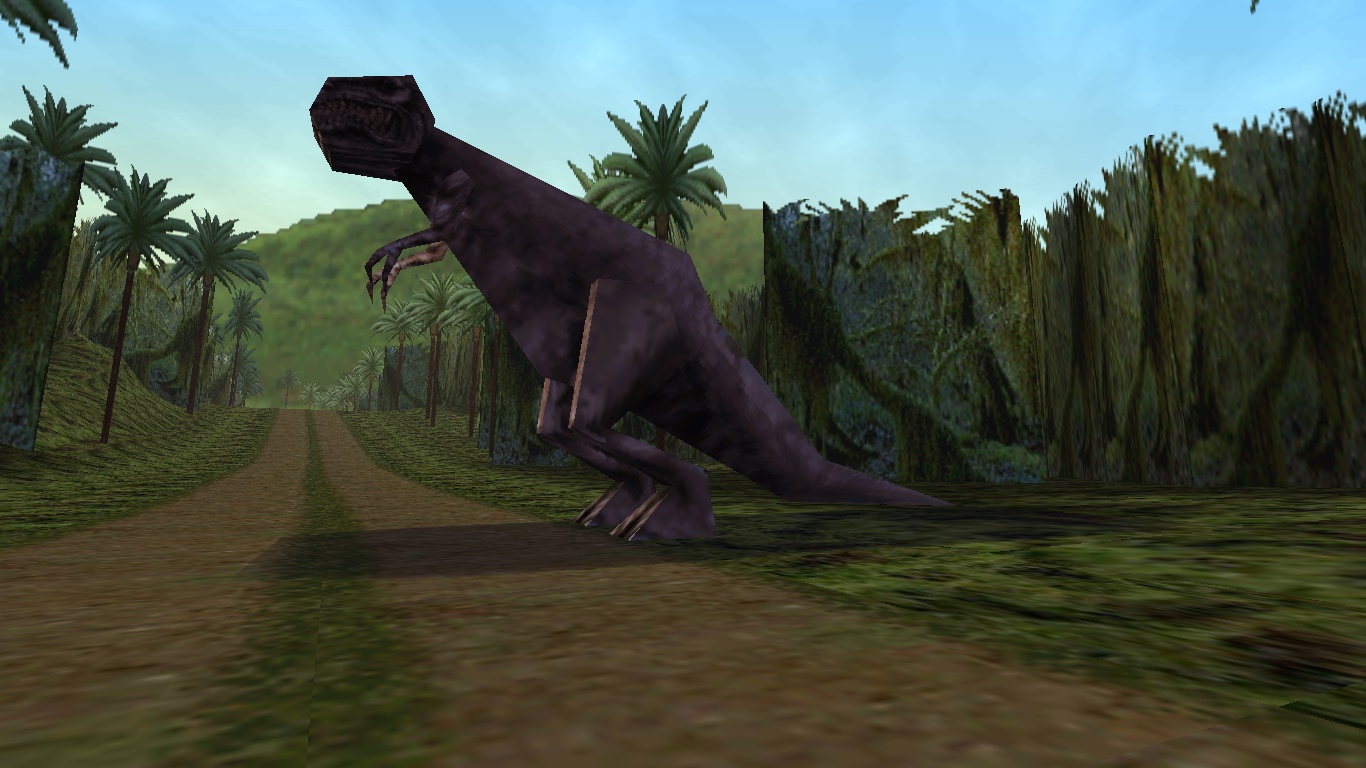 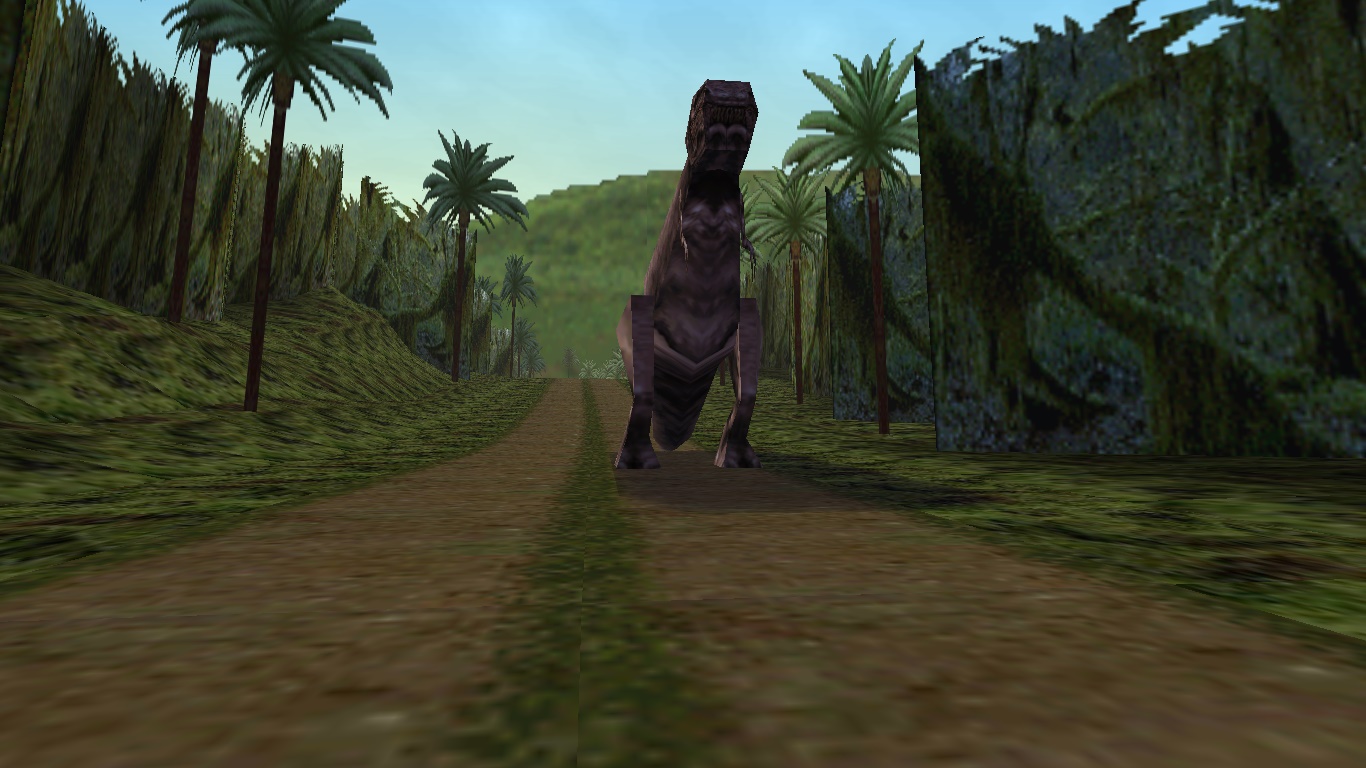 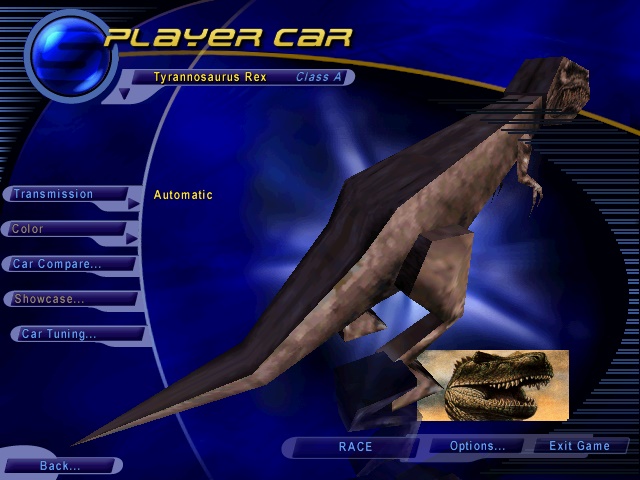 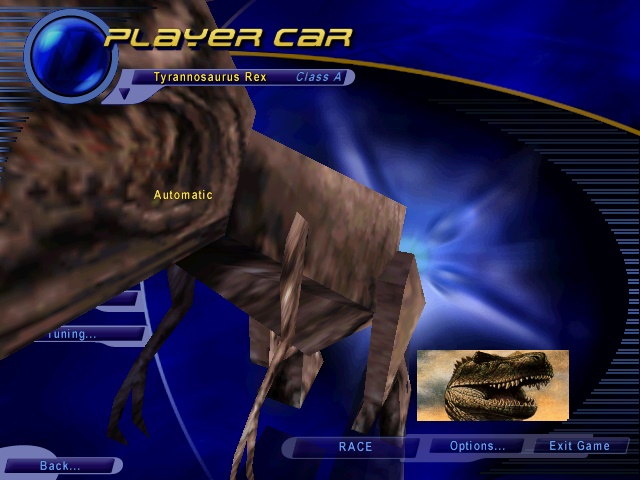 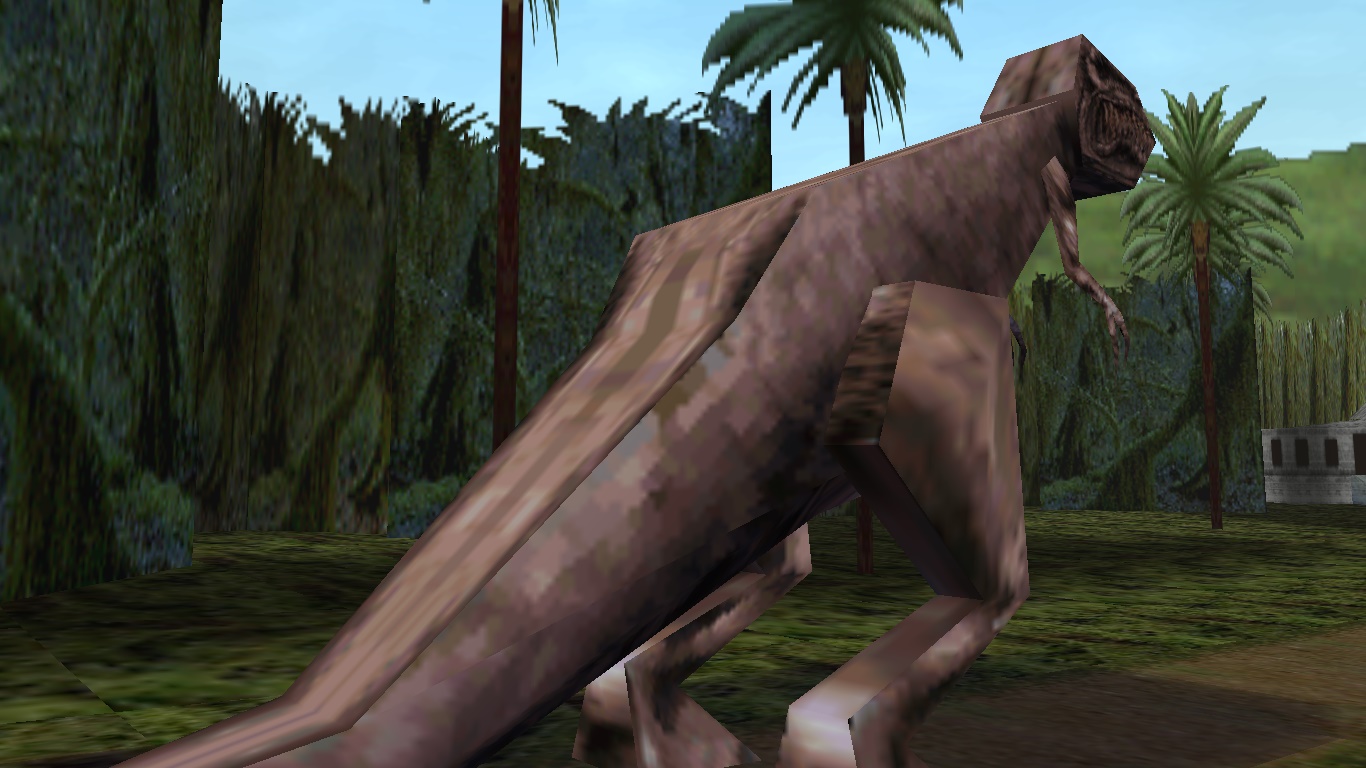 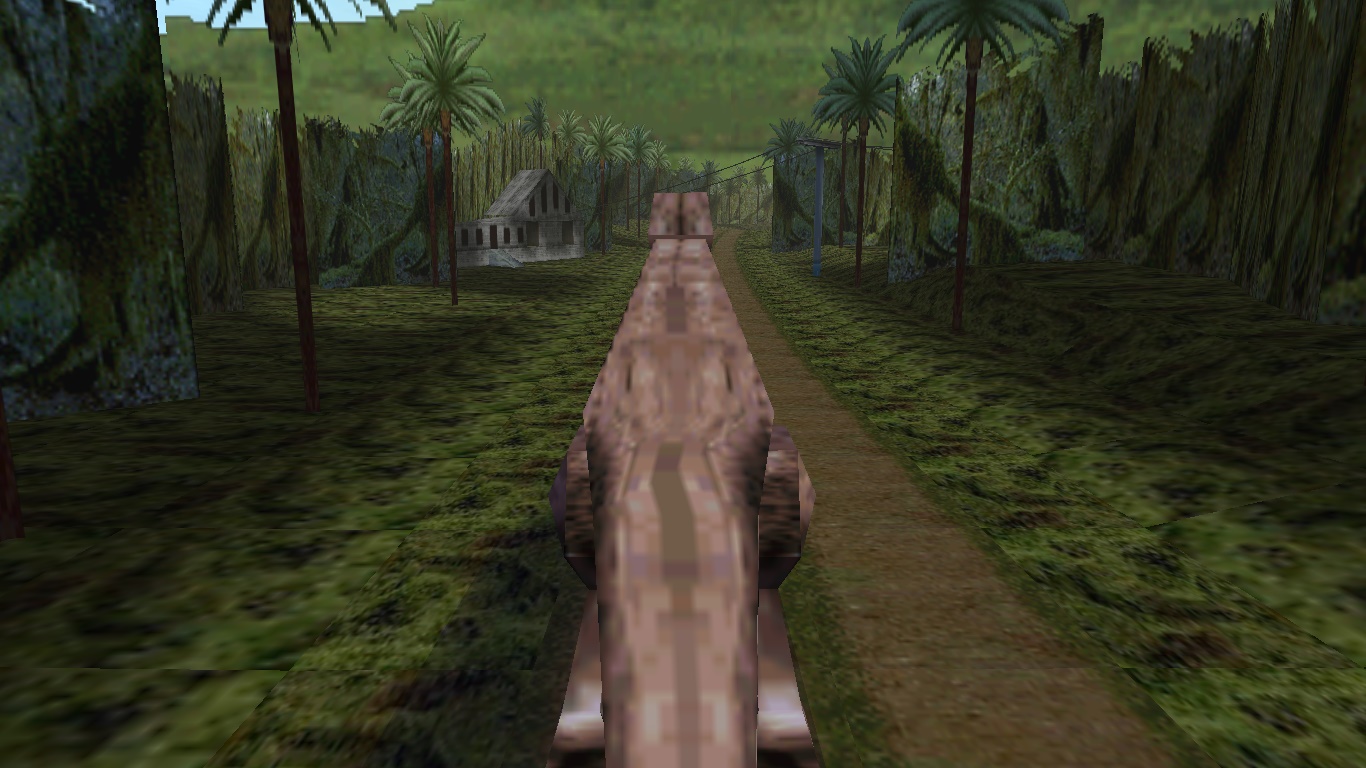 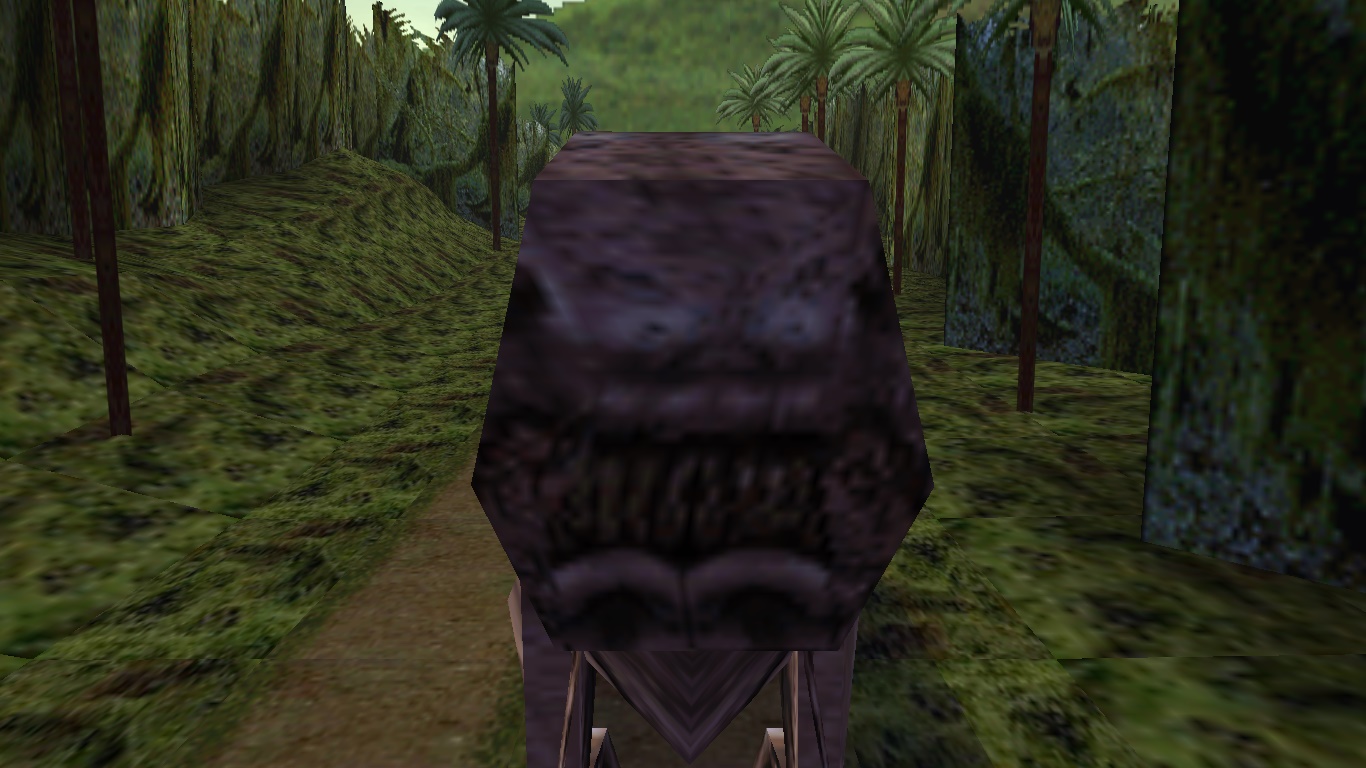 This is a Tyrannosaurus Rex, the most ferocious animal that has ever existed on Earth, now brought back to life to run on the tracks of Need for Speed III.
This model is not mine, since it is a conversion from Need for Speed IV: High Stakes of the same addon created by Lawrence (The Power City Tuning Team), so I give credits to him.
This dinosaur has the same performance as the Mercedes CLK-GTR from NFS3 and a weight of 100 tons, so that it can fly off any vehicle it finds in front of its passage, including police cars. This model is available in the class A and in all supported languages. To install it put "trex" folder that you find in the downloaded Zip file into "C:/Program Files/Electronic Arts/Nfs3/Nfs3/Gamedata/Carmodel".
A slide is also available named "08_00.qfs", that will appear on the screen before every race, to insert in the path "C:/Program Files/Electronic Arts/Nfs3/Nfs3/Fedata/Art/Slides".
Visit my Youtube channel "Opus IV Gamer" (https://www.youtube.com/channel/UCoIje9MbCb2TOtrMmGttYNg) to see a lot of videos that I made on Need for Speed III Hot Pursuit and don't forget to subscribe to it for new coming videos.
Here a video taking from my YouTube channel of a Hot Pursuit competition made with this prehistoric animal and a giant spider, sowing panic and destruction in Empire City, and the police can do nothing to stop them. 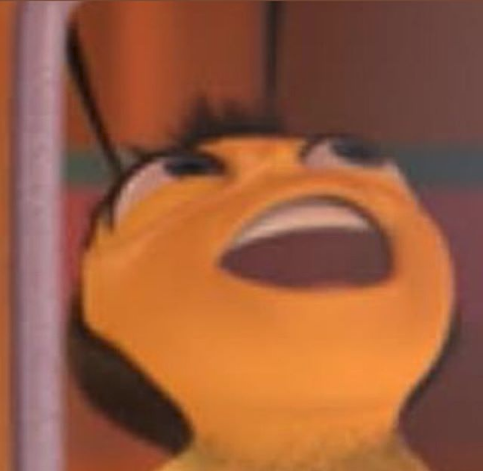 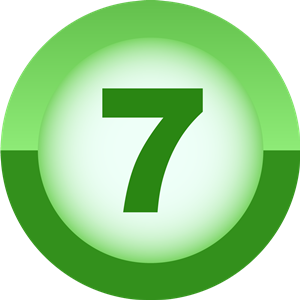