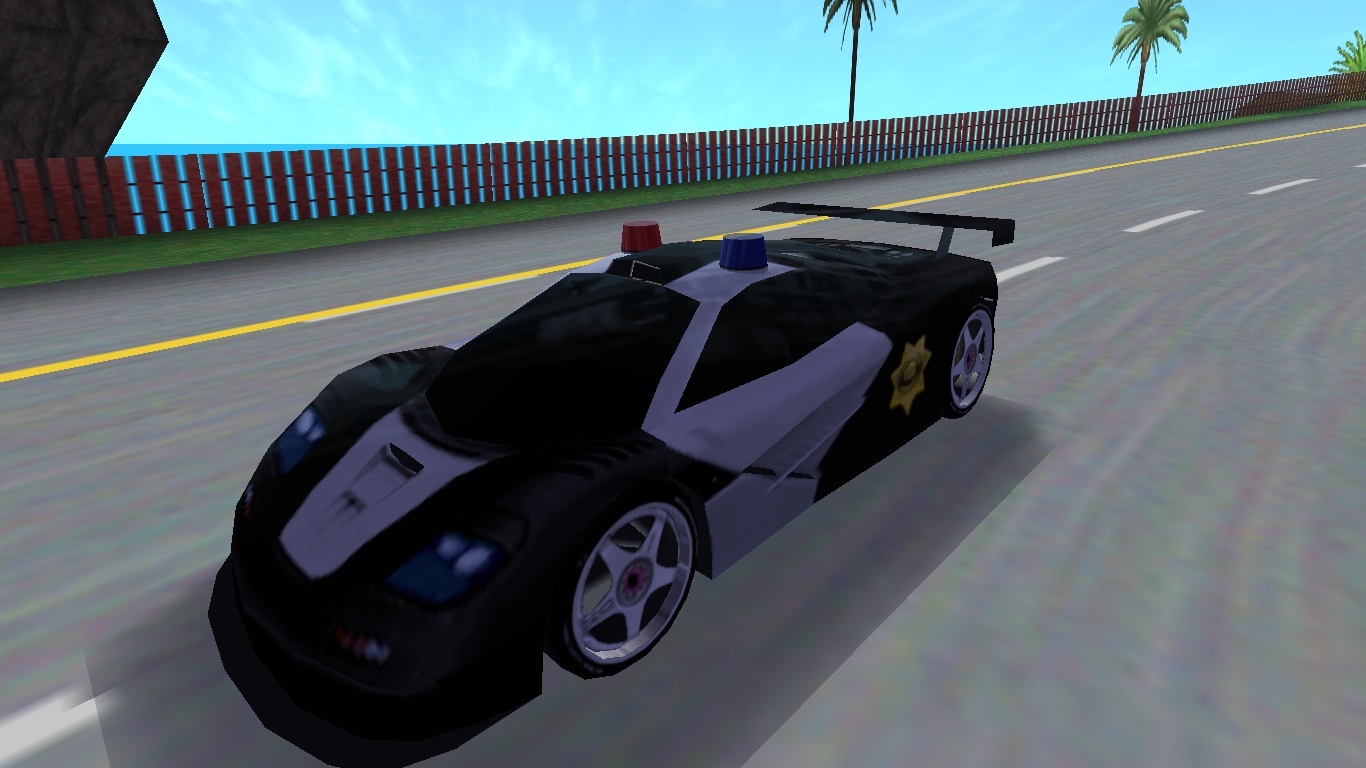 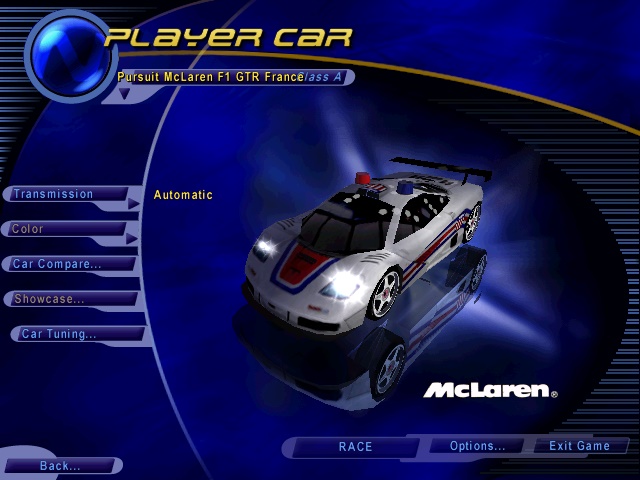 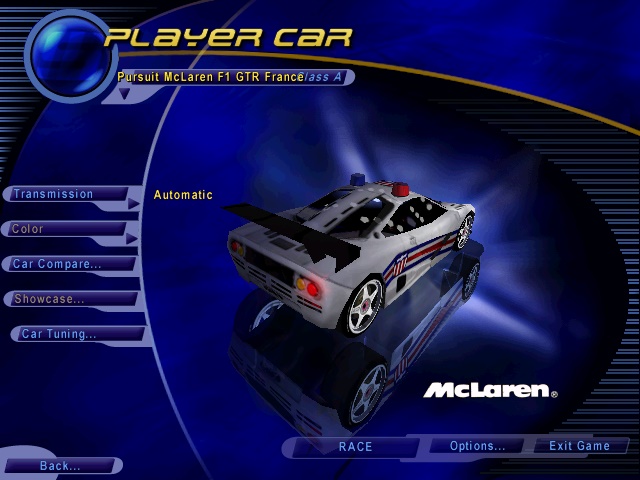 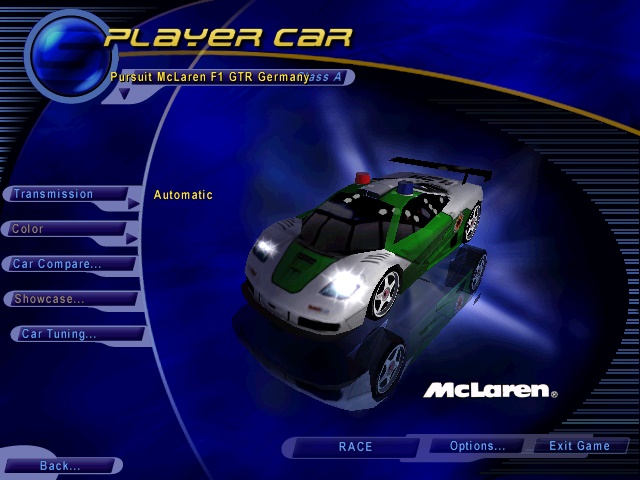 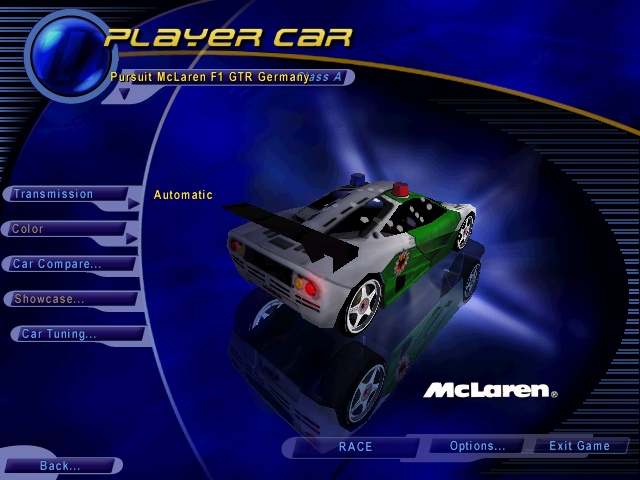 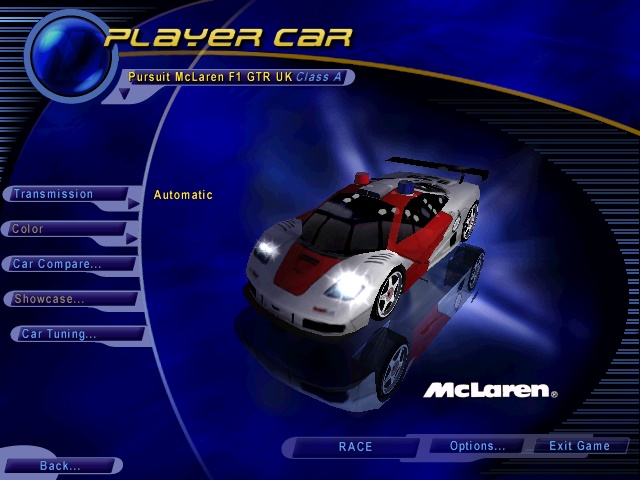 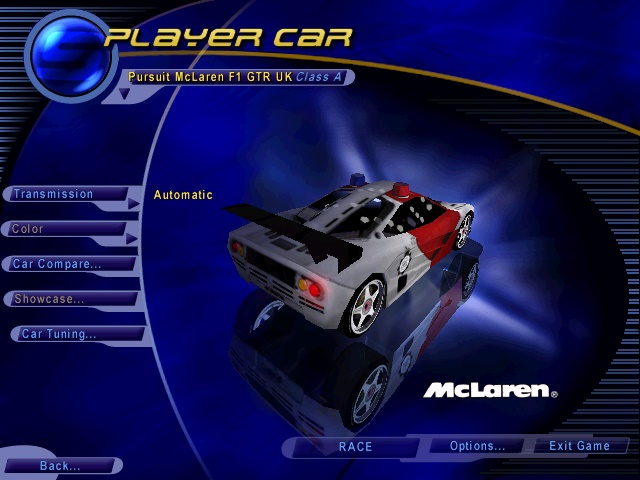 This is a Pursuit McLaren F1 GTR, the hypercar built by the Woking car manufacturer, for many years the fastest production car in the world, now available in police version for Need for Speed III.
Although there is already another Pursuit McLaren F1 GTR on NFS Cars, created by Viper Jay 5 and Sid, I decided to upload this additional version, created for Need for Speed IV by PomFrit and converted by me for Need for Speed III, because it is available in 4 different countries (USA, UK, France and Germany).
This car has realistic performance, steering and rolling and is available in all supported languages. Engine sound and dashboard come from Need for Speed IV. To install it put the following folders: "pmf1", “pmf2”, “pmf3”, “pmf4”, that you find in the downloaded Zip file into "C:/Program Files/Electronic Arts/Nfs3/Nfs3/Gamedata/Carmodel"; the various folders correspond to the various versions of the countries of origin of this car.
In the zip file you will also find a folder called "traffic pursuit", inside you find 4 sub-folders with the names of the countries of the versions of this car, choosing which country you want copy the "car.viv" file and paste it into the following path: "C:/Program Files/Electronic Arts/Nfs3/Nfs3/Gamedata/Carmodel/Traffic/Pursuit/0000”, replacing the already existing “car.viv” file; repeat the same operation for all other folders “0001”, “0002”, “0003”, “0004”, “0005”. Doing this you will be chased by many Pursuit McLaren F1 GTR in Wanted mode.
Visit my Youtube channel "Opus IV Gamer" (https://www.youtube.com/channel/UCoIje9MbCb2TOtrMmGttYNg) to see a lot of videos that I made on Need for Speed III Hot Pursuit and don't forget to subscribe to it for new coming videos.
Here a video taken from my YouTube channel of a Hot Pursuit competition made with this model against some Class A cars.