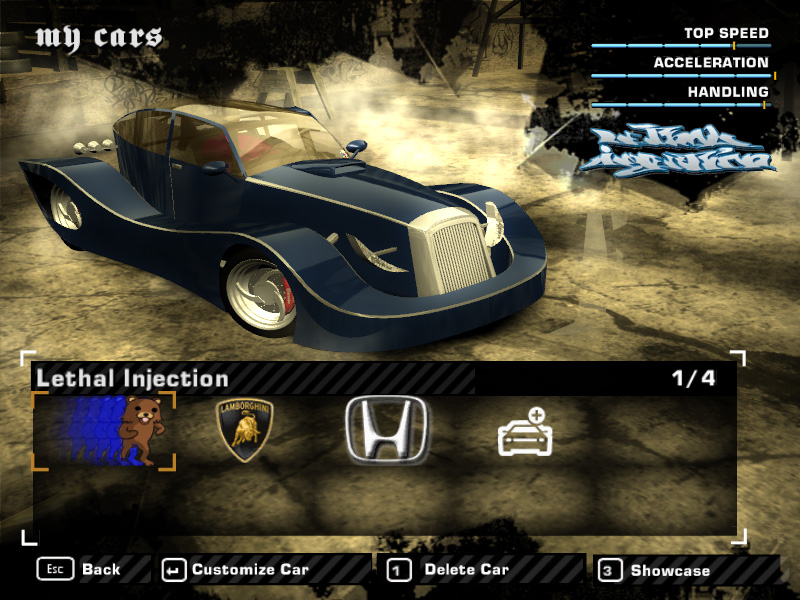 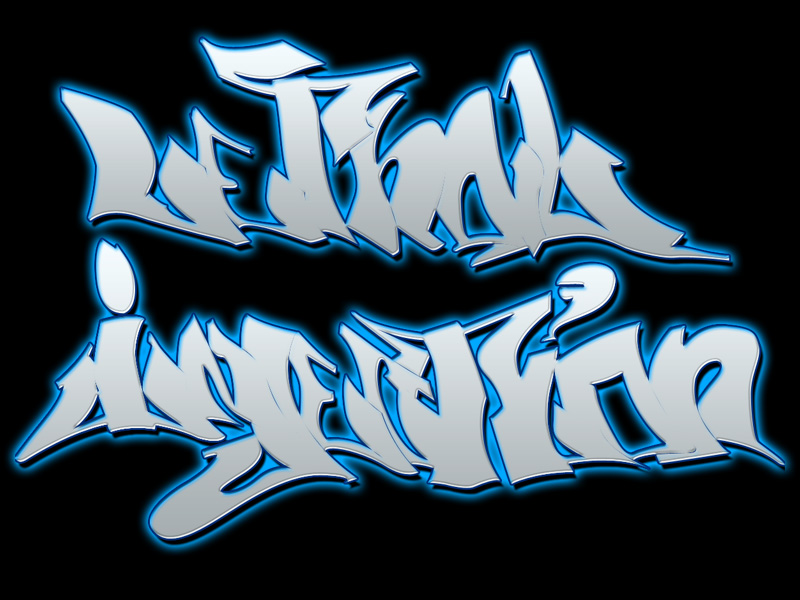 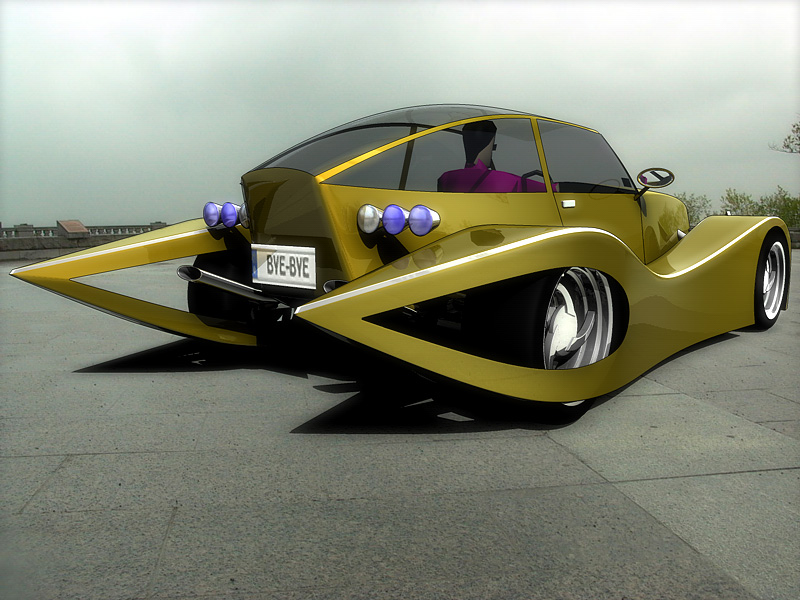 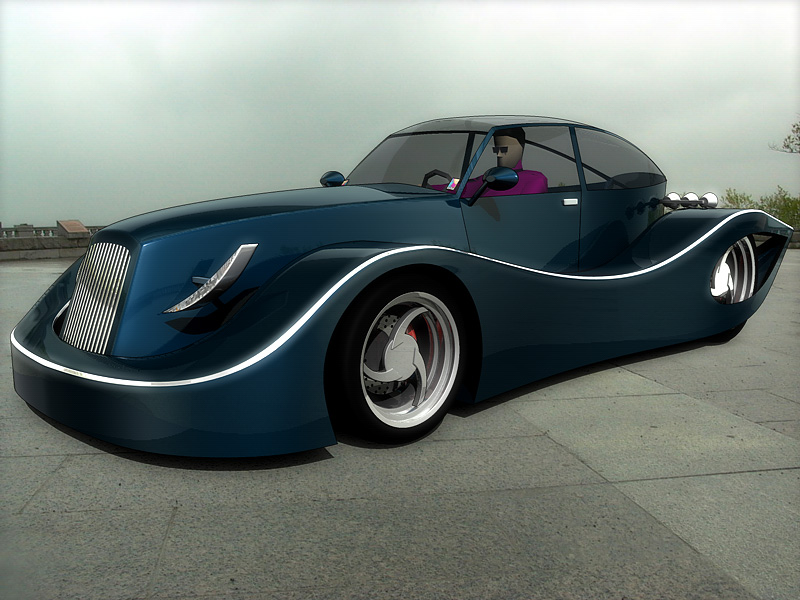 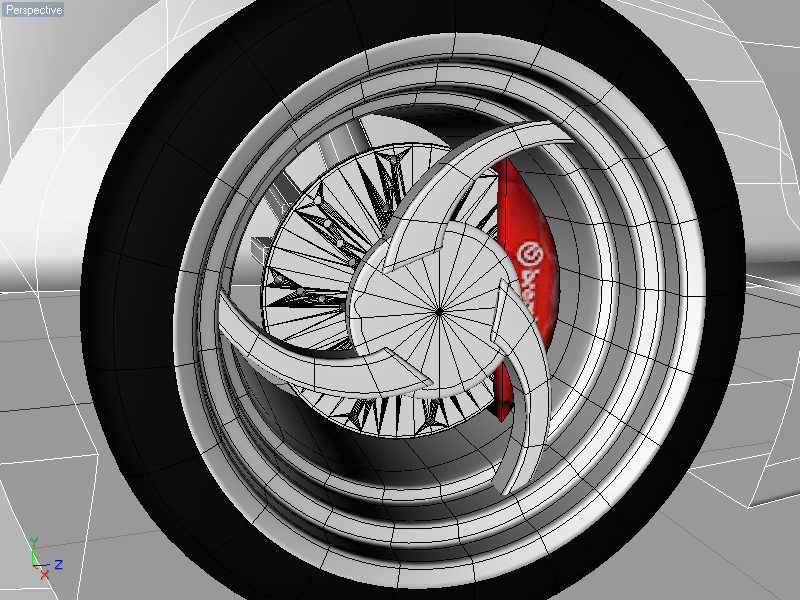 This is djoverlay talking, not XenTek, just so you know…..

Let me start off by saying, every one of my mods so far has been an Adventure in itself, so please read my notes below and drown your imagination and thoughts in my story/adventure below, =D.

Thanks for dropping by, anyway let me start by saying, This has been quite fun putting cars into this game. This car to me is a homage to a very good buddy of mines, that I have mentioned on more than one occasion, XenTek. An NFS4 modder, has helped me out with Zmod, allowed me to use his cars for my own projects, and just an all around good dude. Anyway this is what went down with this car(aka Project Homage to XenTek):

I had gotten tired of the same usual thing, and Wanted to take a break from being overly serious and have some fun. Once in a while you have to just stop, take a breath, and laugh, you know. So that was the motivation of this project. All the cars so far for MW have been of real serial licensed cars, just about. Well I had decided, why not help out an old buddy of mines and in the process have some fun, So it led to this……

I didn't even bother asking if I could put his car ingame, I just started it. Though I did ask him if he had a logo for it, if not, I could make one….He didn't have one but I told him to have a little humour and boy did he! He suggested the Pedobear as the logo, which as you can see in the images supplied, lo-and be-hold! I had a lot of empty space in the logo, so I did the Street Fighter Alpha shadow combo effect on it. He had wanted the car to not have the white strip on the wheel over fenders, but after remaking the car, It just had a rich classy look to it. So I just had to put add it on. It's on the chrome channel, to give it that accent I was looking for.

The graffiti lettering/secondary logo was drawn on paper by my brother(his site below), Sylvester Vang, I traced it with the Pen Tool in Photoshop and did the effects with it. Took about 70 minutes to trace it(eating KFC in the process of doing this, lawl.) I attached a high res version of the secondary logo for viewing/enjoyment purposes only. I had to remodel the mesh in quads so that I could smooth it out. Also printed a 30x20 poster of the car, might print one for PJ as well, xD. I had used his 256 map that he had used on his nfs4 mod, but blew it up to 512, used sharpen edges on it twice to make it less blurry, and just remapped my parts that I made onto "our" map. I originally had in mind of doing 3 bodykits(strip, no strip, and no overfender), however doing that would have left the body of the car only at 5k each part or less, and it looked quite bad in my opinion, So I scrapped that idea and made the car 15k polies to make it look better and rounder. Keep in mind, that I am a high poly modeler, and all of my clients/commission's work has been above the 800k+ quad poly amount.

The car is really heavy in polygons, I pretty much pushed it to the limit. Now remember, I had said this was about fun. So I left his NFS4 driver in the cockpit, left the interior low-poly. Also put the roof scoop dummy/node on the bonnet of the car instead, to give it a more unique effect. Now for the spoiler, since he didn't have any spot on the car to put one, and anyone in the right mind of being serious would have just skipped it. But NOPE!, not me, I put the dummy for it on the driverside overfender. Gives it a funny but interesting look, atleast in my screen shots it looks good. lol. It looks best when using the 1 stand spoiler.

For this particular performance setup, I had set it up to what I prefer to have it as with keyboard as the main control device, so not made for the wheel this time. The stats are about the same as the CLK500's regular, except the mass now is 750 and the usual low drag and inertia and then some. Pretty much should be played like a regular CLK500 though.

I worked on this project for about 16 hours total. Wanted everything that I had in my head to be correct. Now then, Project Homage to XenTek is now complete. Or so I thought, Right about the time I was about to submit everything, I had found his higher resolution texture map. So I implemented that and really no change at all, lol. Images attached are of the 256 stretched to 512 version, but the attached file is the higher res 512 one, but really, there is barely any difference, except maybe the license plate.

The images I have attached that aren't ingame related are images of the wireframe, how it looked like while I was editing it. And 2 renders that are done with real anti-aliasing and well a raytracer.

For the Author I put down Xentek, because well, the design is his, and just about all of it is his except the parts that I remade into highpoly. This is in no way and shouldn't be classed as a conversion. A conversion is from one game to another, This is way way beyond converting, all the parts "we" have made are original(except maybe EA's driver, though i think he did reposition it though.) Anyway let's finish this up.

My wishes for the future:
That people would do collaborations again and release originally made addons rather than just the currently standard of addons which is conversions.


Special Thanks, that should go without needing to say, but meh..:
–––––––––––––––––––––––––––––––––
My Wife.
Xentek, Site: http://xentek.deviantart.com
Sylvester Vang, Site: http://myspace.com/sylvestervang
NFSCars for all the love an outcasted monolarcky could ask for, jk, just being here really.
CTR Design for the inspiration of wanting to learn this stuff.
Oleg for zmod.
Maxon for Cinema 4D
California state Laws(lol)
Arushan
and everyone else that i've thanked before.

If I forgot someone, sorry.

Copyright (C) 2010 XenTek Car Design and djoverlay. All rights reserved.
…..Lawl, dunno what this is but I just copied and pasted it from his original Lethal Injection NFSHS submission.

PS, Have fun guys! And if you're having a bad day, well enjoy it, because there are more good than bad days. lol.