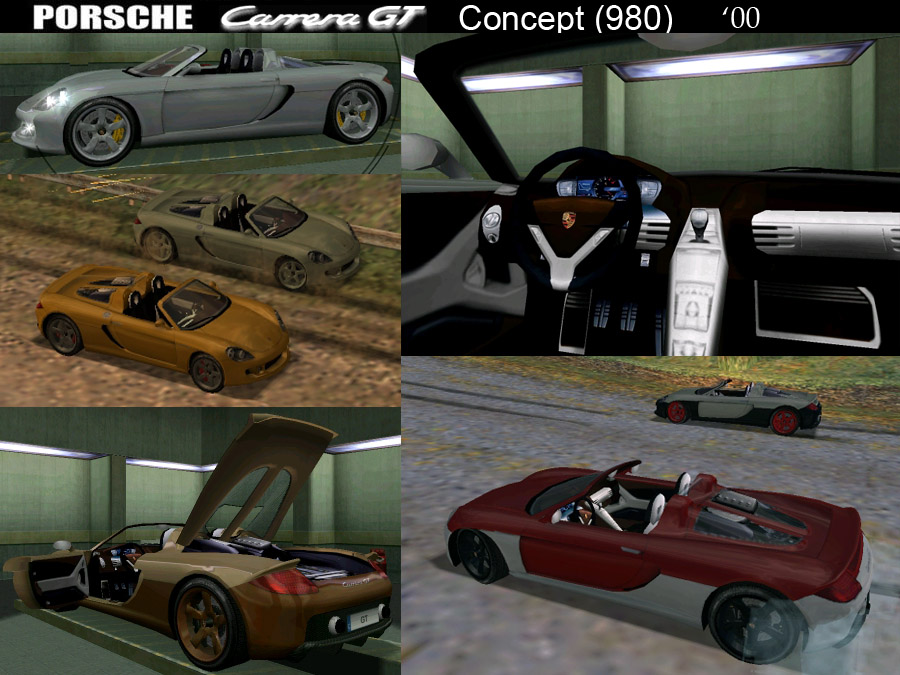 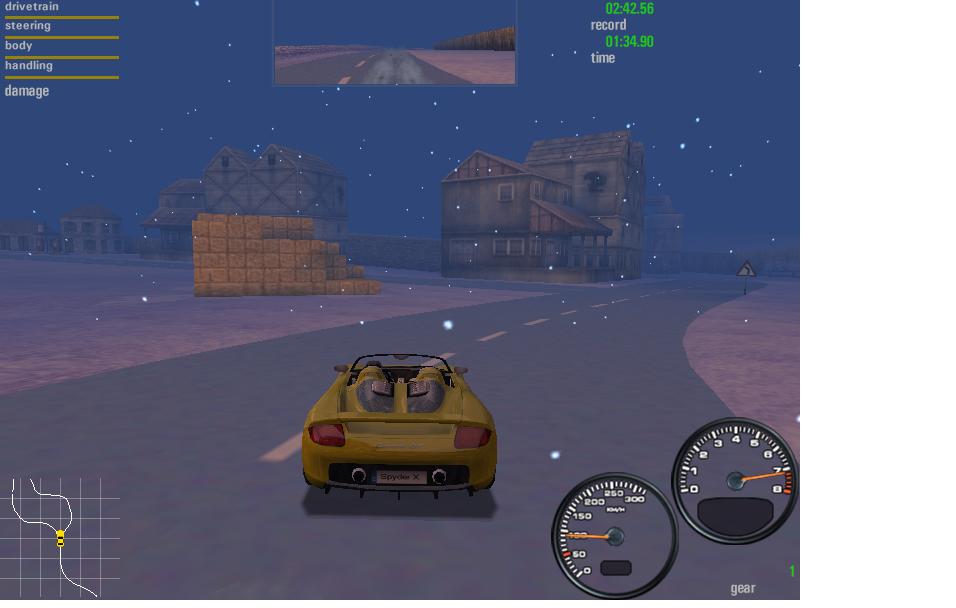 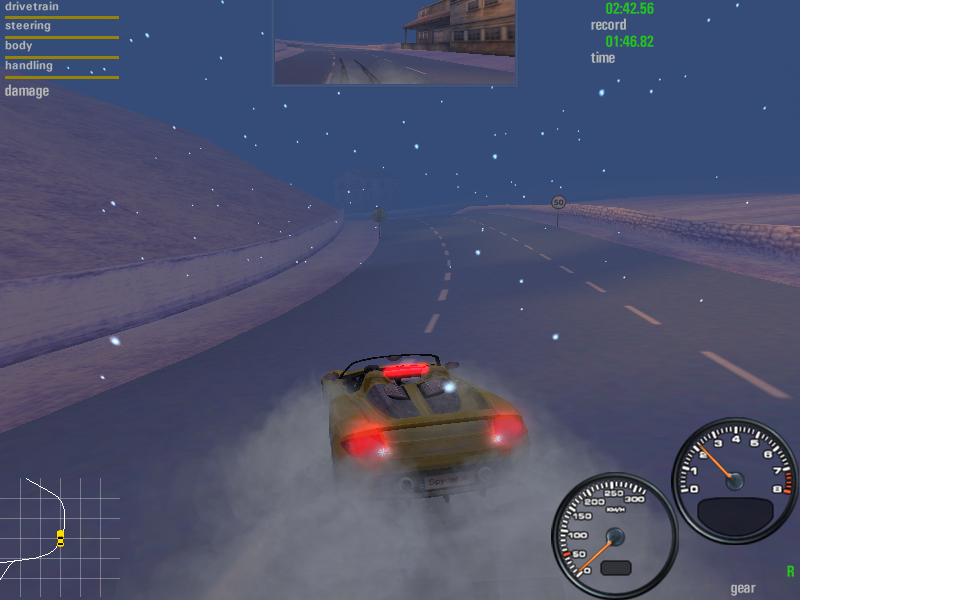 Porsche Carrera GT Concept was introduced on 28th of september, 2000 at the Paris Auto Show.
It was powered by a 5.5L mid-mounted V10 engine, which produced 558 bhp.
Transmition was 6-speed manual with triple-plate carbon clutch.

When Porsche Carrera GT production has started in july, 2003, the car had several differences from concept,
both visual and technical.

This car was first converted to NFS PU by Gerhard`.
Changes from Gerhard`s version:
-reworked textures to make the car more stable in game(the game should no longer crash when trying to race with up to 7 opponents on this car);
-optimised mesh;
-removed hardtop since Porsche Carrera GT Concept never had or even intended to have any, only production series Porsche Carrera GT '03 had hardtop;
-lots of details and corrections are implemented to the cockpit;
-the car or any parts for it are no longer buyable(due to compatibility with other probable mods);

Installation:
-extract FEData, GameData and SaveData to your Porsche unleashed installation folder, e.g.:
C:\Program Files\Electronic Arts\Need For Speed - Porsche 2000 (or Porsche Unleashed)
-start the game and load GT profile
-you can install version with driver by replacing "..\GameData\CarModel\CarreraGT.crp" with the one from "with driver" folder, contained in this archive
Note:You can copy this car to your own profile with a help of Car-suite.

Credits:
-Gerhard` for converting this car and allowing me to make my version from it
-arushan for making possible to add completely new cars to nfs5
-creators of nfs5 tools: nfs5carpartseditor, fileeditor, CarSuite, fshtool, simedit…
-All who have contributed into nfs5 convertion wiki
-Gerhard` for license plate and racing numbers tutorial