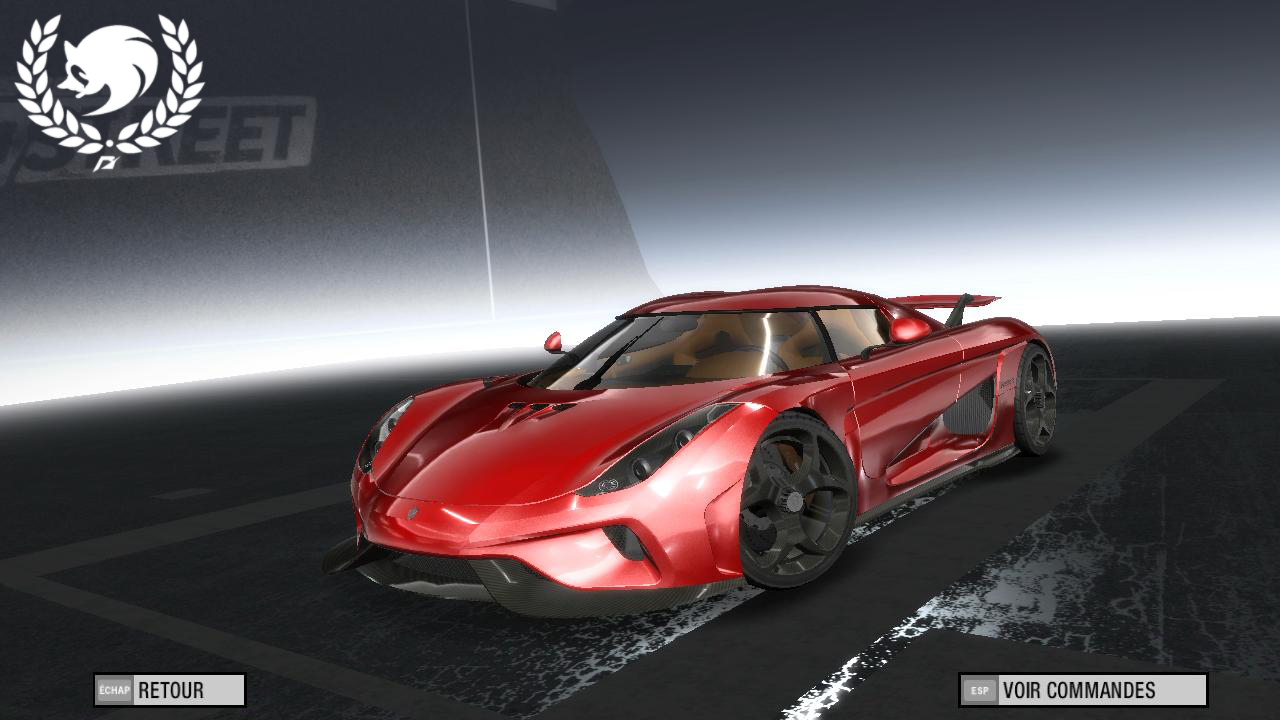 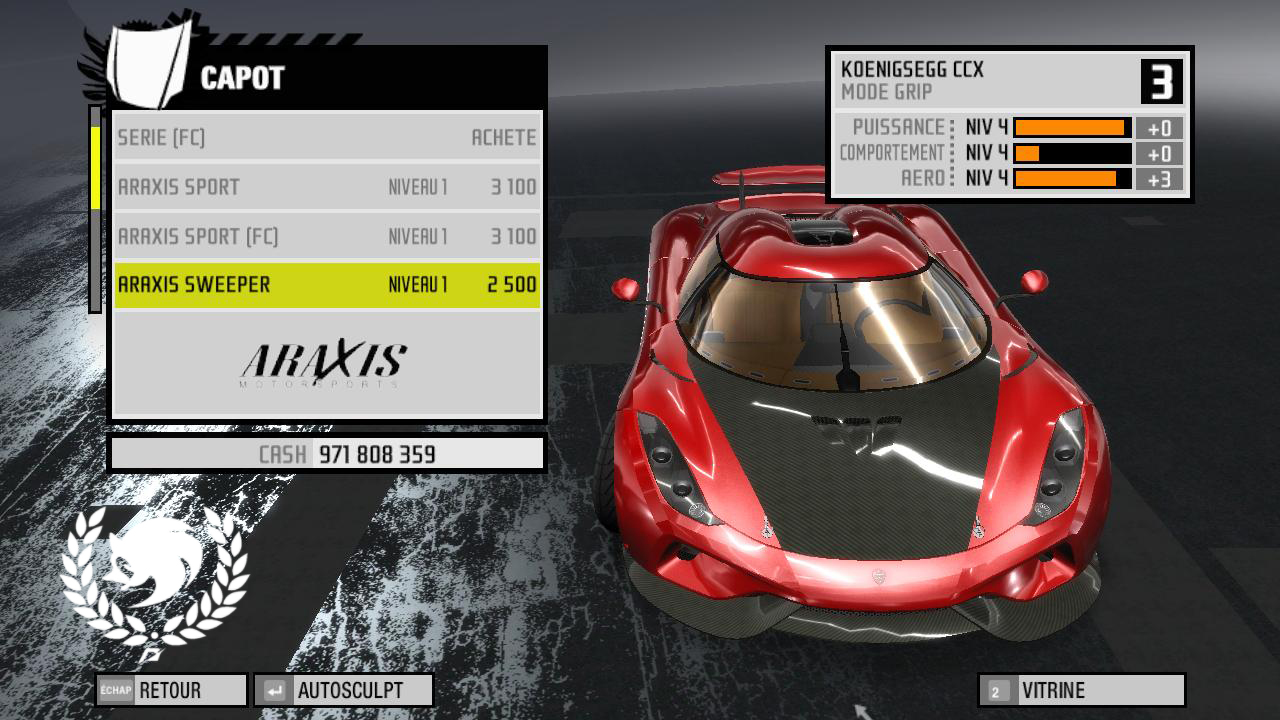 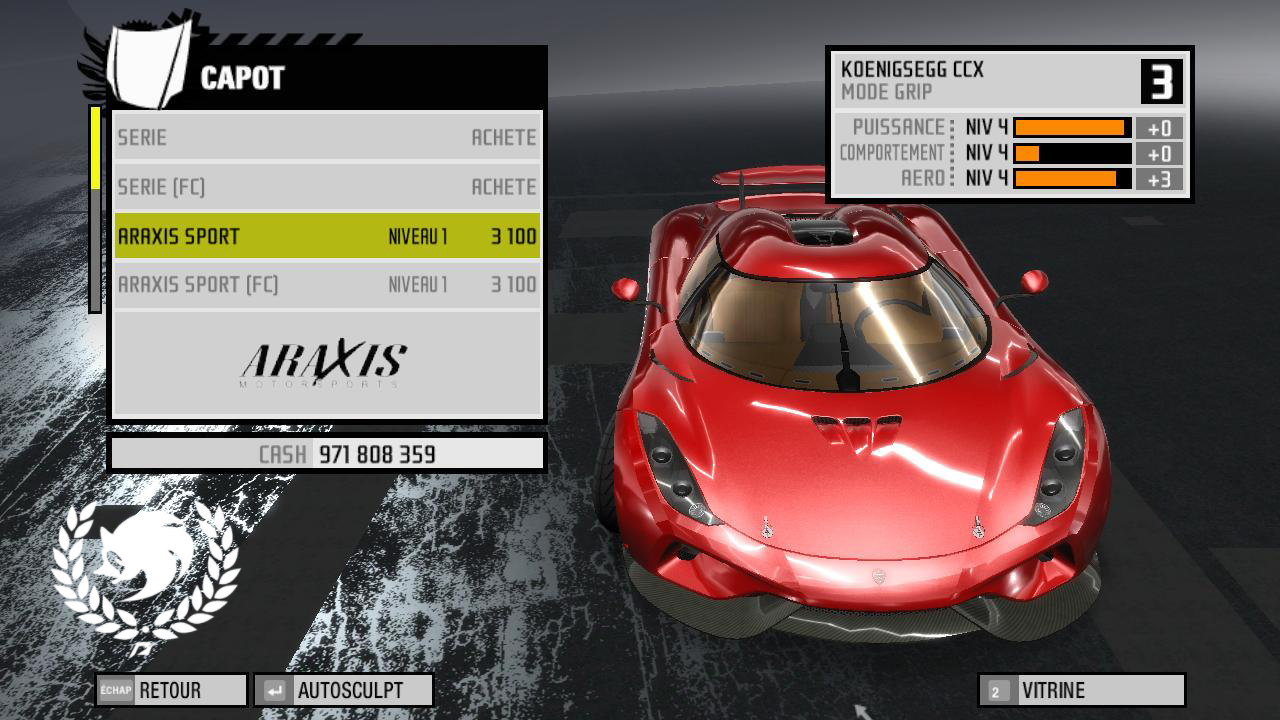 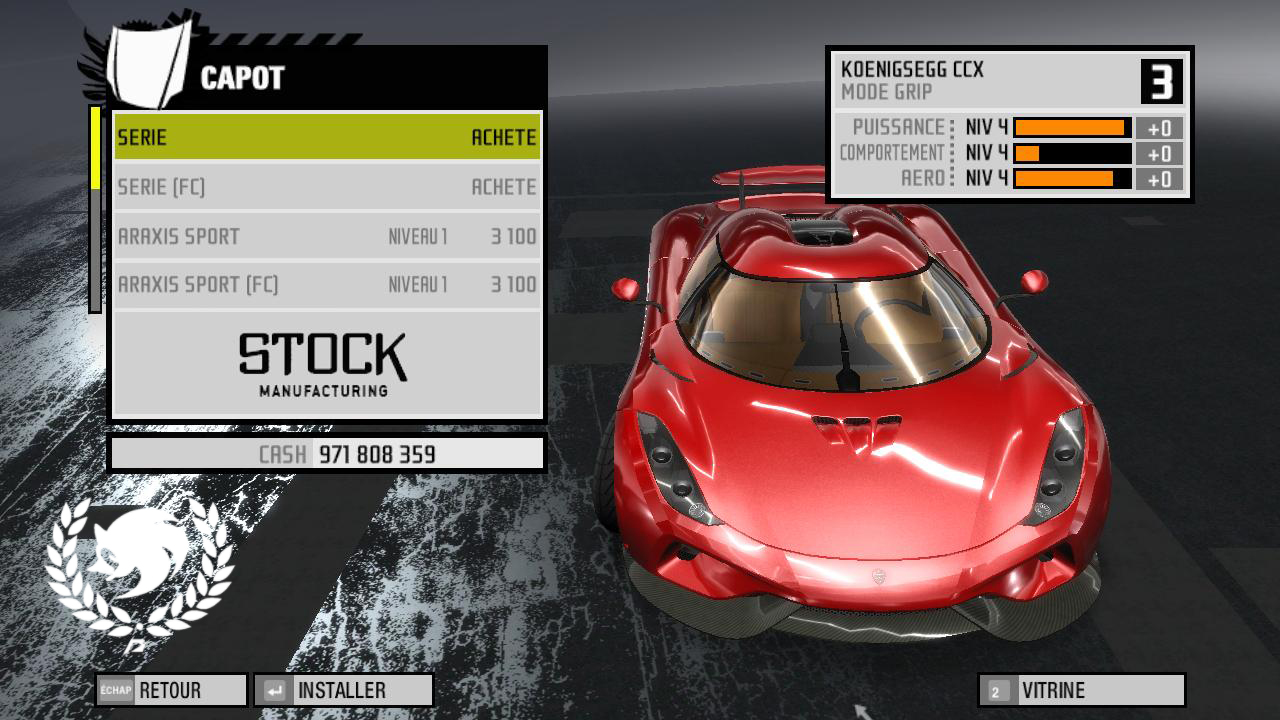 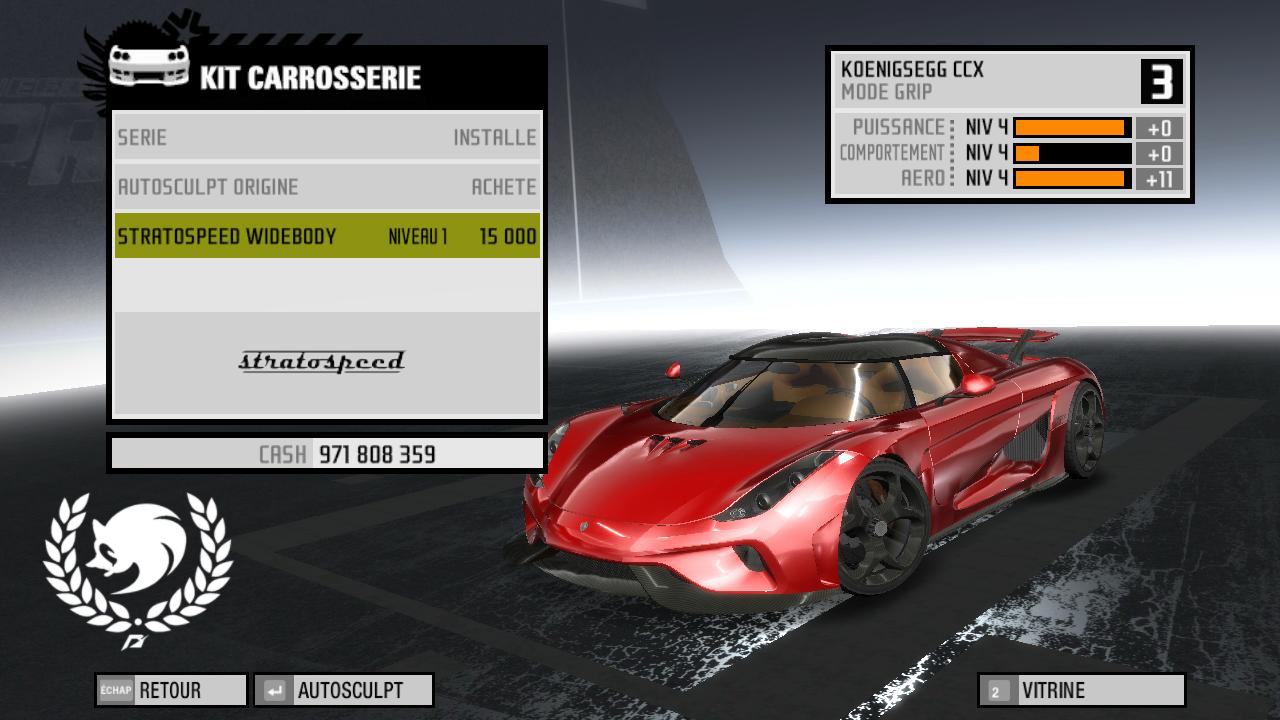 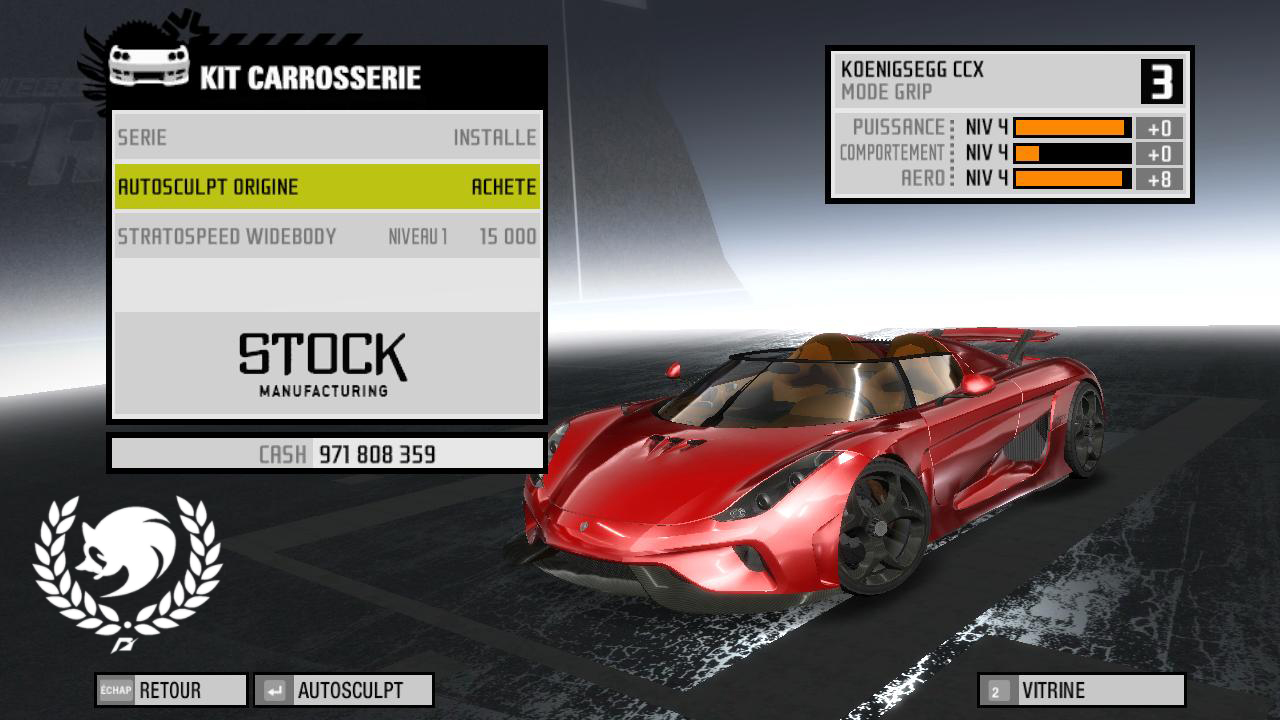 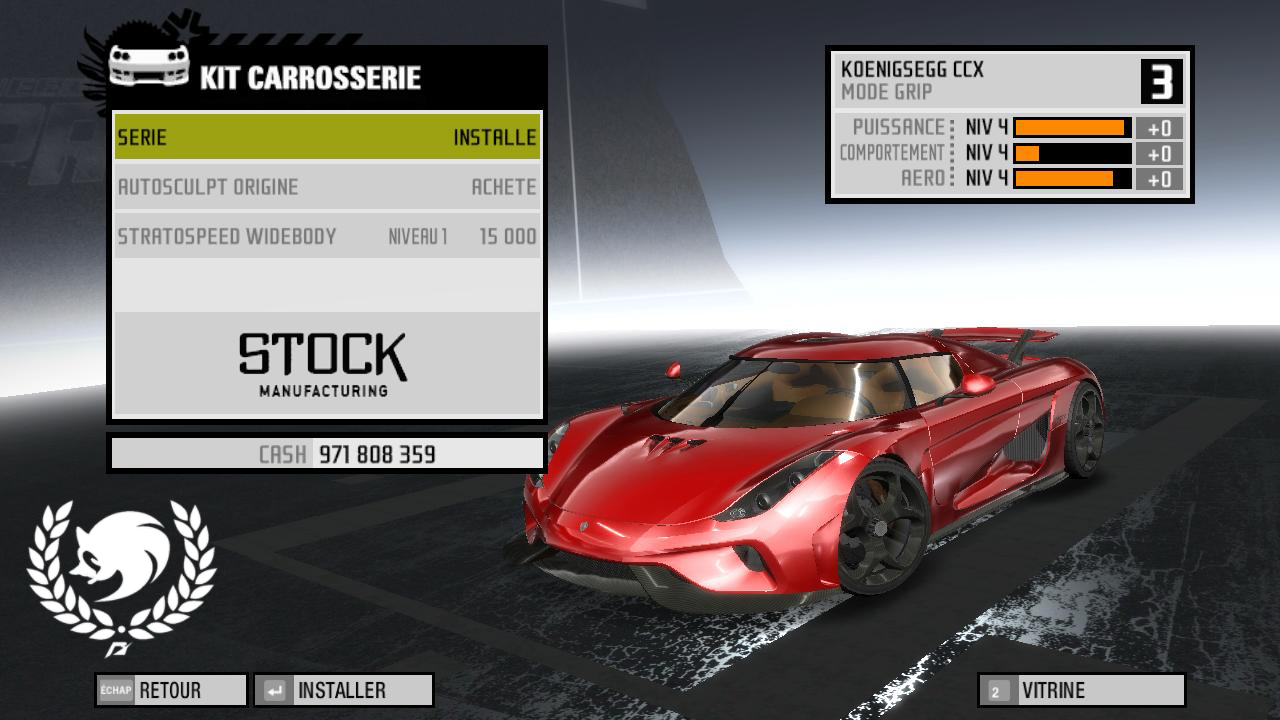 –––––––––––––––––––––––––––
NEW FIXES :
- The car had a problem with drag mode, being stuck on the start line with it's engine revving very high , this is now fixed.
- Global performance fix : The Regera can be used in every mode now ! ( drag mode will not be the best tune for this car )
- Restored and edited ecar "ccx_drag" nodes, according to the necessary specs
- Drift performance nodes have been restored and tuned.
- The car got an update , no more strange squares on some zones of the car. (thanks to the fucked normals)
- 4 new hoods have been added (disappearing hood bug solved)
- Autosculpt kit now allows you to switch to the roadster version , and the widebody add some more carbon elements.
- The car has now a accurate mapping ,which means : no more bugged vinyls !

Issues :
- This car , unfortunately , cannot do any sort of burnouts in drag mode. If you want to do some , you'll be forced to use the clutch option (works with keyboard), that's the only workaround I found for it.

NEW !  Script has been updated !

Replace the "Regera script FIX.nfsms " script with the original in the archive of the mod.

Fixes brought by this script:

YOU ARE NOT ALLOWED TO REUPLOAD IT ON OTHER WEBSITES OR RETEXTURING IT WITHOUT MY PERMISSION.

USE ONLY THE SOFTWARES INCLUDED IN THE ARCHIVE, WITH ADMINISTRATION PRIVILEGES, OTHERWISE THE CONFIG FILES WON'T WORK.

nfsu360 for the modding tools + Vlt-Ed 4.5
RENESiS for the Mod Installer
Adobe for Photoshop CS5
Eclipse72Rus for ripping the car from RR3
Eclipse72Rus for having introduced me into NFSPS modding
Oleg for Zmodeler
EA for this awesome game
Me for working on this model , according to the known perf data of the car IRL.