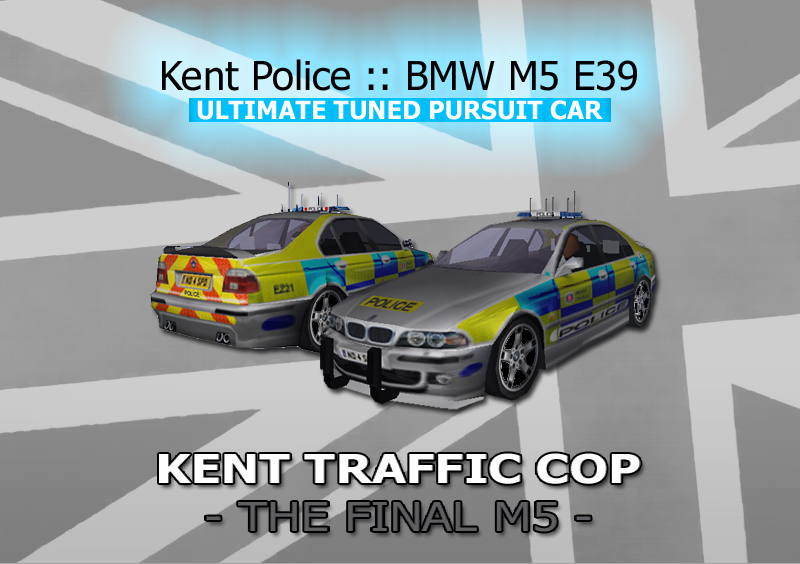 After 8 years of only ever altering texture files… I finally decided to have a play with Zmodeler! The original car is the EA car from the game, but I have added a number of new parts, including lightbar, push bar, aerials and more.

The texture has had a MAJOR overhaul and I've finally learned how to stop the "mirror effect" on the other side, so no more back-to-front logos or text. The CARP file has also been edited slightly to increase performance.

…AND, if that wasn't enough, this car also comes with a brand new & realistic British siren that can be heard all over the country in 2012. Also, new engine sounds!

This will be my last ever M5 - now it's time to move on and learn how to make scratch made cars!


I hope you enjoy using this car, just as much as I enjoyed making it :)