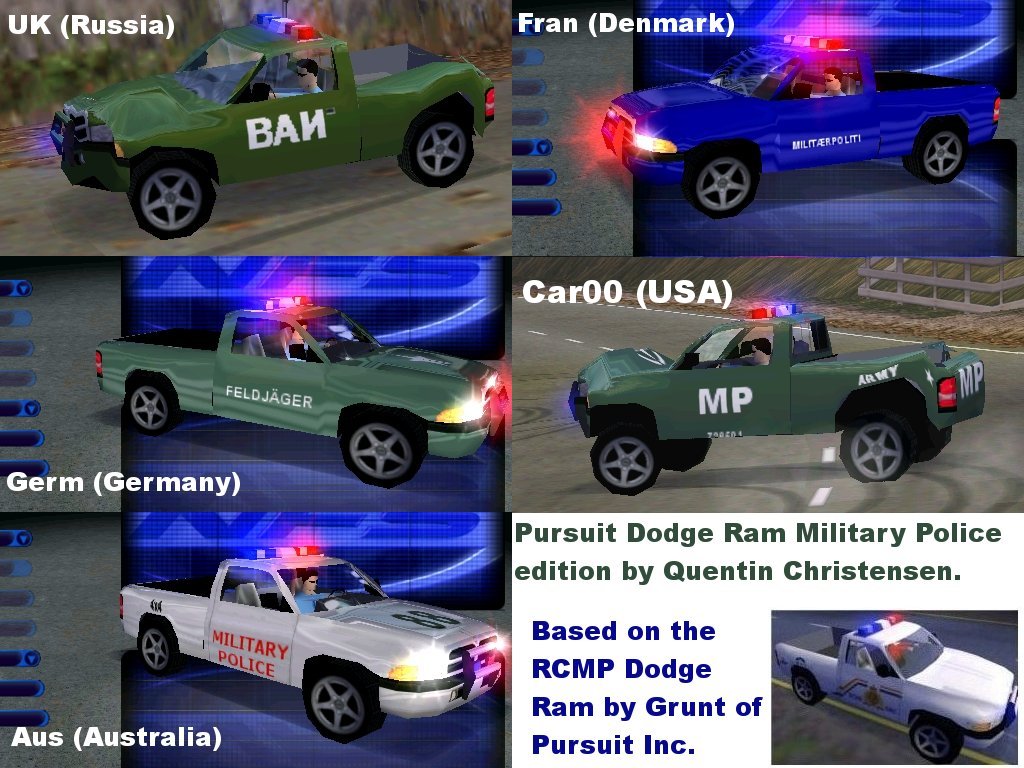 This version has the following military police liveries: