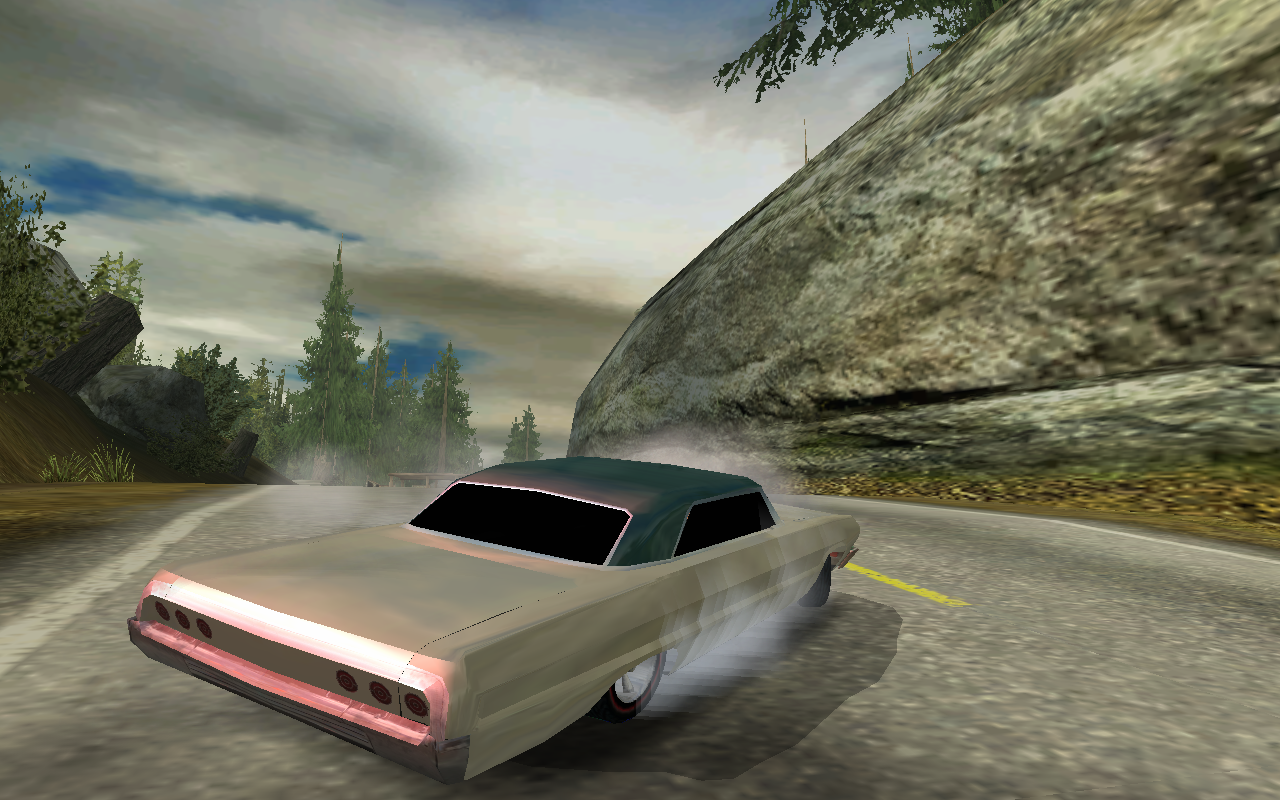 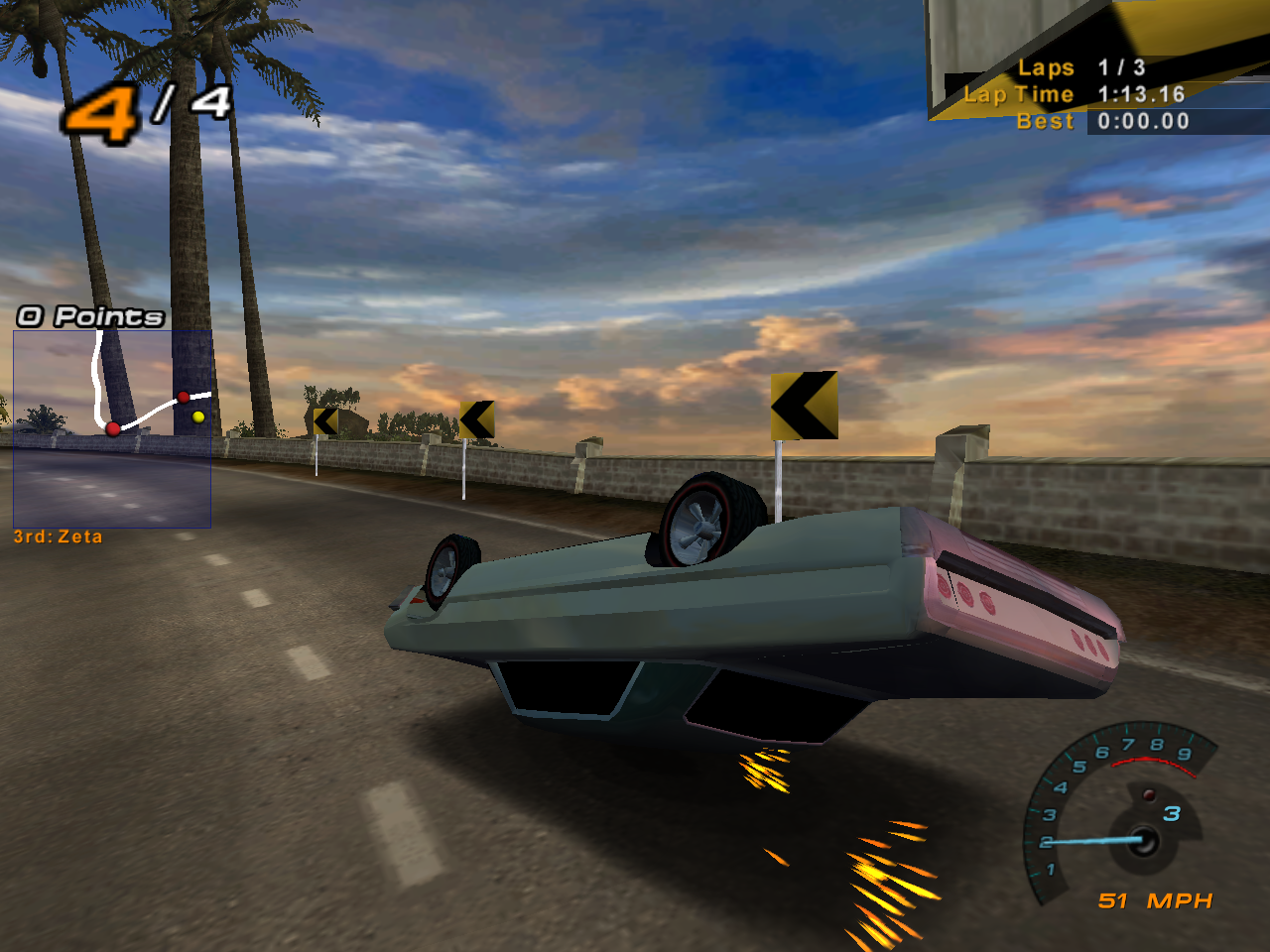 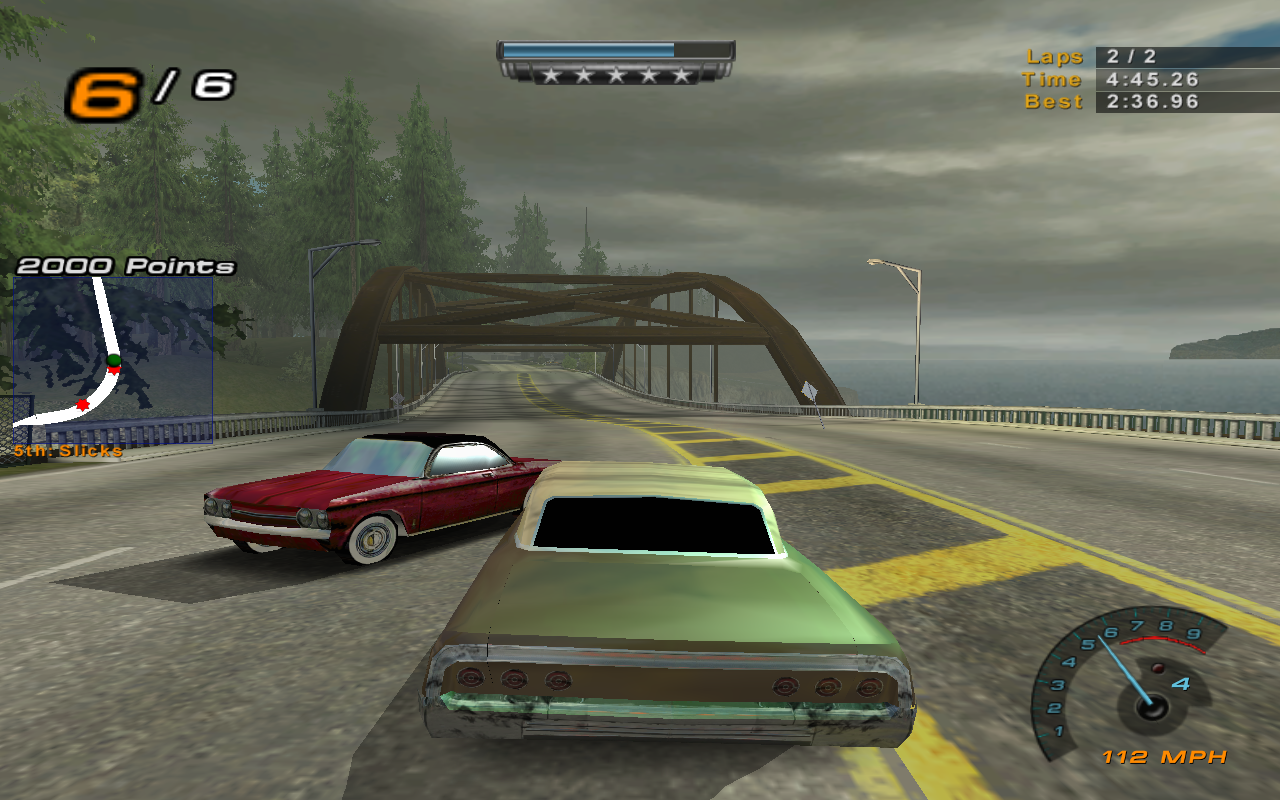 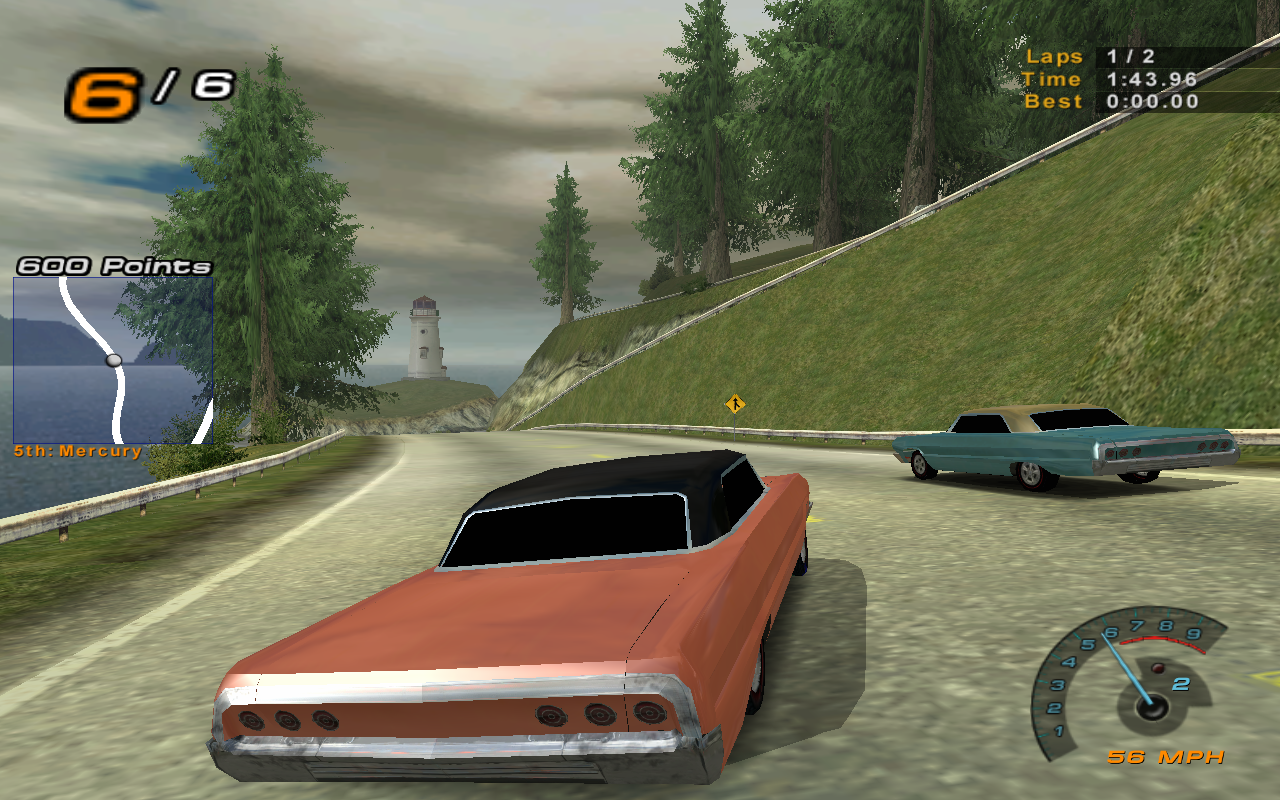 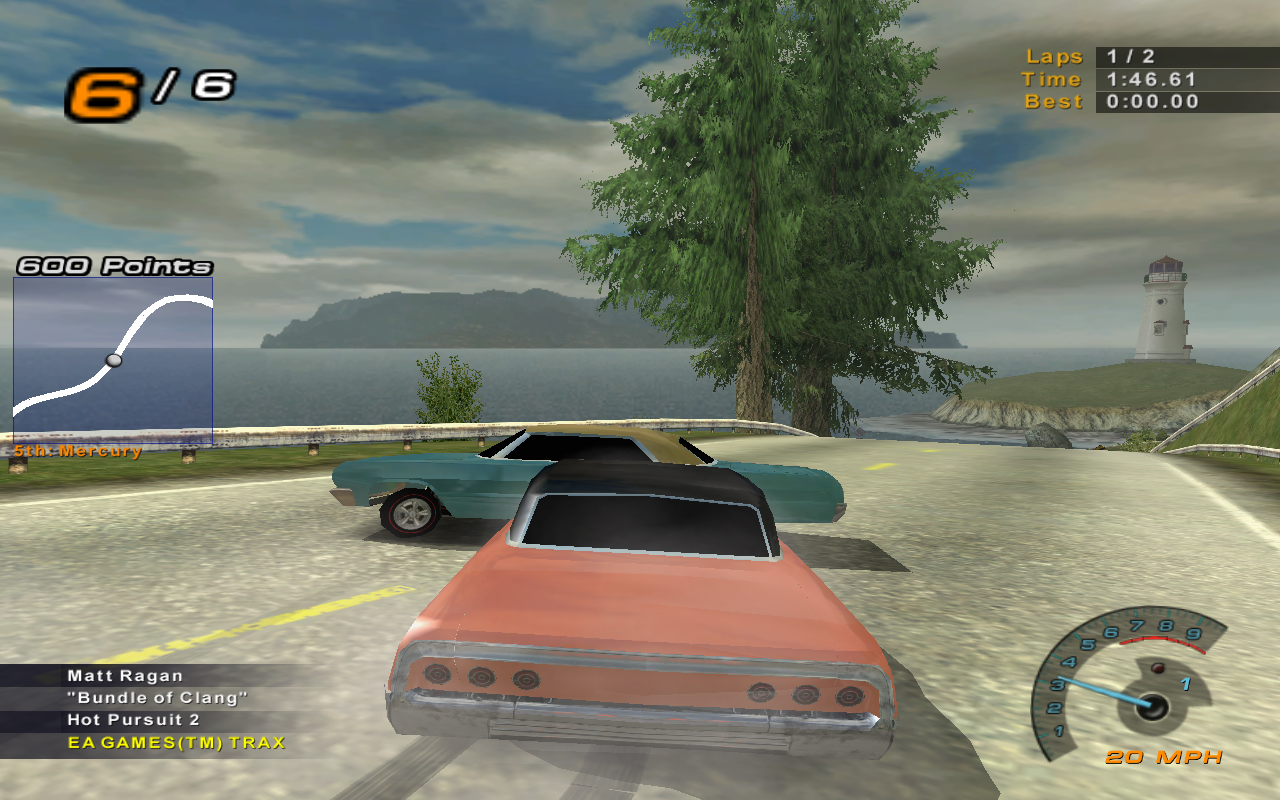 This car started life as 1964 Impala LOD 4 detail vehicle from the game Forza 4.
Since a LOD 4 vehicle is way to high poly to consistently use as a traffic vehicle in HP2,
I hacked and slashed away at the mesh to get the poly count down to an acceptable level.
I did not use a LOD 5 vehicle because the level of detail was too low for my liking.
I blueprinted some areas using photos of an actual 1964 Impala. Some elements like the bottom
the tailights, & some windows were my construction.


Since the car wasn't too bad looking , I figured someone wouldn't mind driving this car
as a race car, so i made a race car version. This is your bonus car! The racing version has
some very nice torque thrust wheels I fabricated using EA model wheels as a starting point.
There are two different traffic versions included, with each having different colour choices
available.


The traffic version i made here is more than 1000 poly, and your average traffic car in this game
is around 550-650 polys. Ideally i would prefer to have made a car around 600-700 polys, but
I don't see how I can reduce the poly count anymore, and still retain the detail I would like.
because this car has a higher than stock poly count I wouldn't go crazy replacing too many traffic
cars at once with this model. The more polys you you put into the game via mods, you can
end up with a game crash, if you force the game to use too many models with a higher than stock
poly count.

(and perhaps some others I dont recall)

Thanks to:
UCN conversions for his tutorials.
Oleg, Arushan, Mike Davis Roadrunner software & Martin Collard for tools
Palatnik And Robin'7t4 for inspiration.


Dedicated to my Dad who gave his life In the act of saving someone from a huge farm fire.