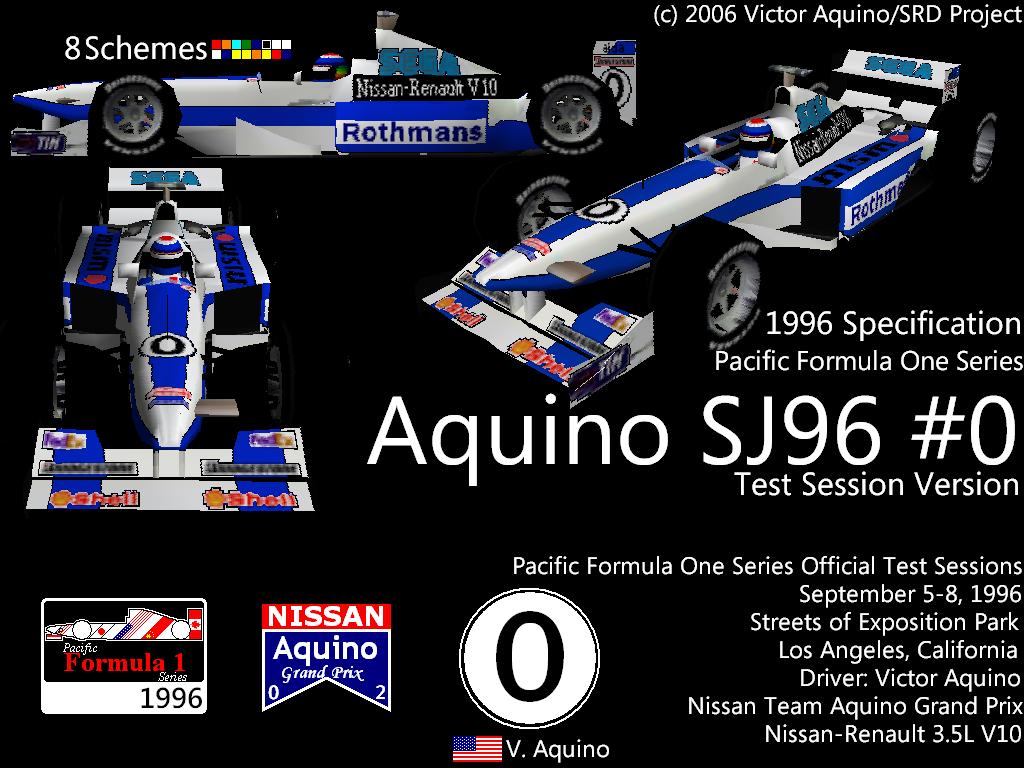 March 1991, the FIA Formula One World Championship visits the United States for the last time (until 2000), racing on the streets of Phoenix, Arizona.

March 1994, in the weeks coming up to the CART PPG IndyCar series opener in Australia, Tony George, CEO of the Indianapolis Motor Speedway, makes his intentions clear of creating a new open-wheel series within the next 2 years, thus creating a rift in North American open-wheel racing.

May 28, 1995, Jacque Villeneuve wins the last unified Indianapolis 500. He would later go on to win the CART PPG Cup, the last time there would be a unified series champion. Rather than choose the new Indy Racing League or continue with the injured CART, he goes to Europe to race for the Williams F1 team, taking away another well known racing icon from North America.

June 1995, a consortium of business owners, motorsports enthusiasts, and racing drivers themselves come up with an idea of taking advantage of a spilt among the national open-wheel series by bringing an international series that would make the North American continent a main part of schedule, thus attracting American drivers and teams to participate on a global level (As CART only non-North American round at the time was in Australia), giving both more international exposure, including the opportunity to move up to the F1 World Championship. The consortium, later named the Pacific Motorsport Association (PMA), rather than attract the FIAs Formula 1 World Championship to hold multiple rounds in North America, decided to create their own series using modified Formula One regulations to create the first of hopefully more regional Formula One championship. This would be known as the Pacific Formula One Series (PFOS/PF1), with the idea to include the then booming Asian economy by also holding events in Asian countries that had no top tier of open-wheel racing. The plan was to hold the first ever race of the series in 1997, just enough time for the series to create deals with teams and circuits, while CART and the IRL continued to feud and thus create a larger rift.

The plan for circuits were to not only aim at North American city courses and race-specific circuits, but also to reach the countries that FIAs F1 had yet to reach. To prevent conflict, PFOS decided to broker a deal with the FIA, that the PFOS will hold events in countries that the FIA had the desire to hold events in but had yet to find time in the schedule for. The FIA will lobby the local governments in favor of the PFOS and also give some aide in supplying PFOS teams with equipment, including previous-year engines and chassis, and in return, the PFOS would gladly trade off races with the FIA at no cost. All-together, this was a 3 year plan set from 1997 to 1999.

Events were proposed to be held at not all, but including events at:

The series, even with large interest from independent teams (whom which the series was mostly based) and support from the FIA, never materialized from more than a few test sessions and test races.

September 5th, 1996 - The first PFOS teams came to the streets of Los Angeles Exposition Park for the largest test for the PFOS, a 4 day test session while in-between events from the Speedvision Touring Car Challenge, the NASCAR Southwest Series, and other local club racing series for the NASCAR Los Angeles Street Races weekend. Because the weekend itself was already busy as it was, the PFOS, after pleading with local officials, was granted to close off the streets as early as Wednesday night, starting test sessions on that Thursday.

Throughout the weekend, all in all 7 2-car teams, including a former F1 team (Keith Wiggins 1995 Pacific Grand Prix). Almost all the teams ran used F1 chassis and engines with no change, but one team decided to make their team a personal effort.

Aquino Grand Prix used a modified 1995 Williams package, partially to emulate the championship leading 1996 Williams in F1, and partially to make the car more unique and personal to the likes of driver/owner Victor Aquino. It was succesful, being one of the most reliable and better performing cars of the 14 car test, but still close enough to not be completely dominant.

Aquino drove the #0 car during the tests, but at the time there was no driver for the sister #2 car. Rather than drive that car himself as well, he got the help of many club racers that came to compete in the other series to help out and give input.

This is the car that Aquino drove during that 4-day official session in Los Angeles. While it never saw a fully sanctioned race in Pacific Formula One, its been rumored that some revivalists for the PFOS have acquired car #2 and plan on entering it into the EuroBOSS series sometime in 2007, full liveried and all.

As for car #0, no one really knows. Aquino may have kept it and stored it somewhere private, but this cant be confirmed as Aquino himself hasnt been contacted since the series folded. Its safe to say that records of national and international open-wheel, stock car, grand touring, or even club racing have yet to see Aquinos name on there, but some say that hes out there with another name, or being employed as a stunt driver for B-list movies. Some even say that he faces magnetic north, has had his likeness printed on Swedish postal stamps, and that hes really the new White Stig on the popular BBC auto show, Top Gear. But thats impossible, Aquino doesnt like soft rock music…

Well, its been 2 years and a little over 2 months since my last submission to NFSCars, and yes, its still NFSIII. I said I was pretty much done with this, I even said I stopped playing NFS alltogether. Technically, I still dont play NFS3. But this car should DEFINITELY work. Other than the body, texture, car info, and color schemes, NOTHING has been changed from my last updated Indy Car/GP-R Formula 1 car. This is a good one, though! As you can see, my MSPaint skills have improved over the years, i.e., my hands are steadier these days from the lack of youthful exuberance.

I finally found the time to get back to this. I had to download every single program I had used and had to get re-oriented, but I think Im as good as I was back in 2004, if not better. Download, enjoy, and be happy.

Next project: Maybe none. Maybe Ill get really bored again. Who knows.