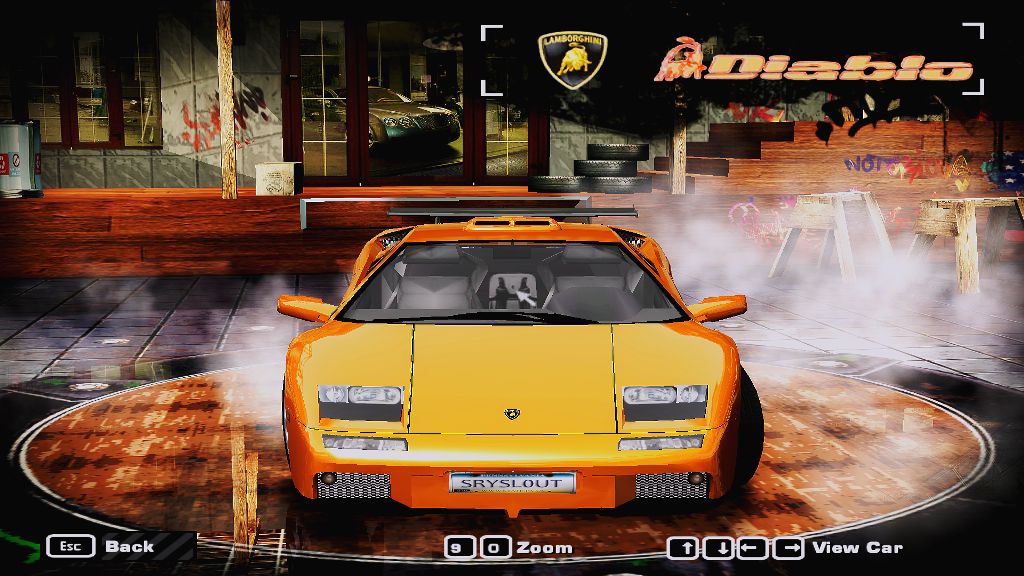 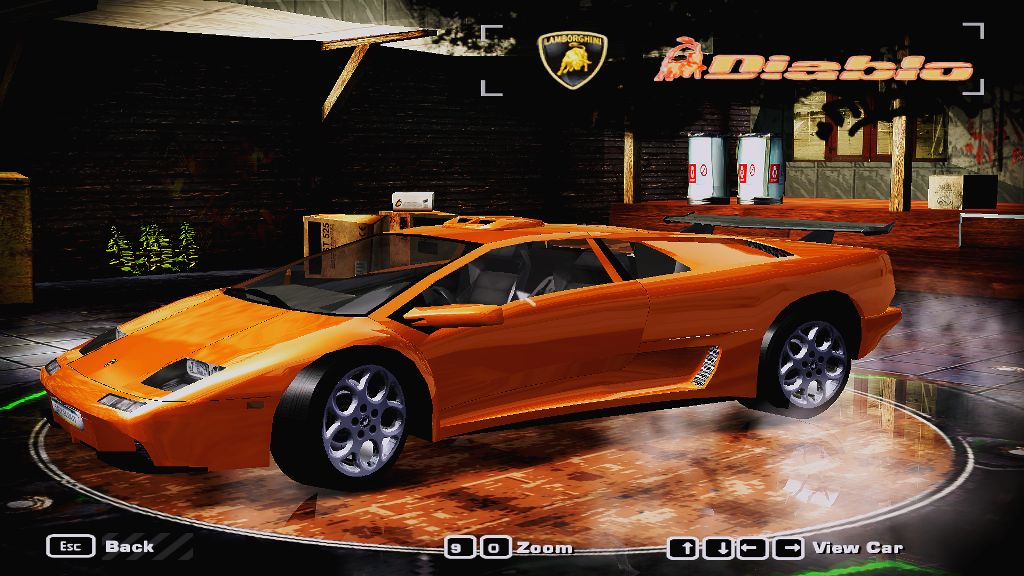 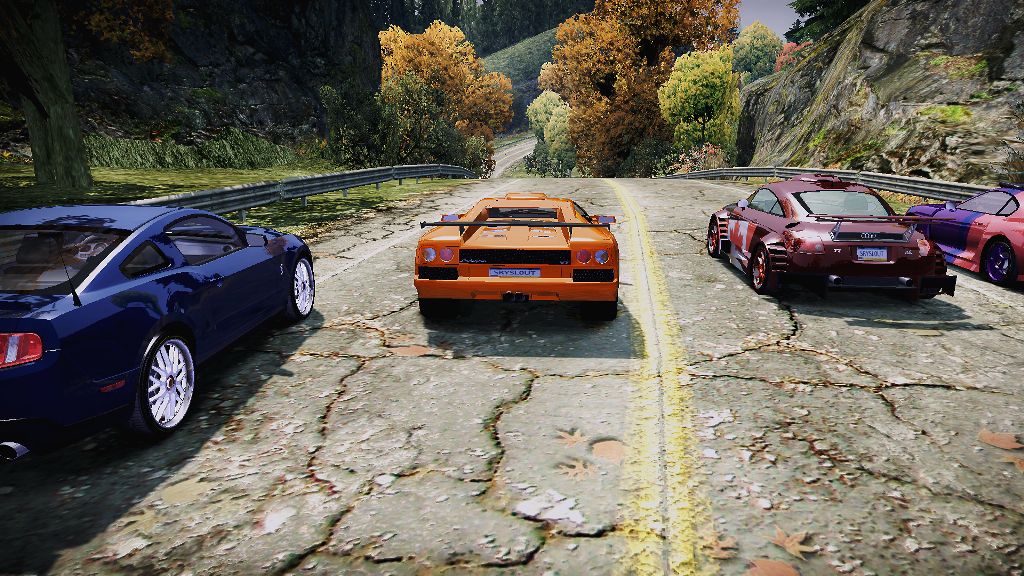 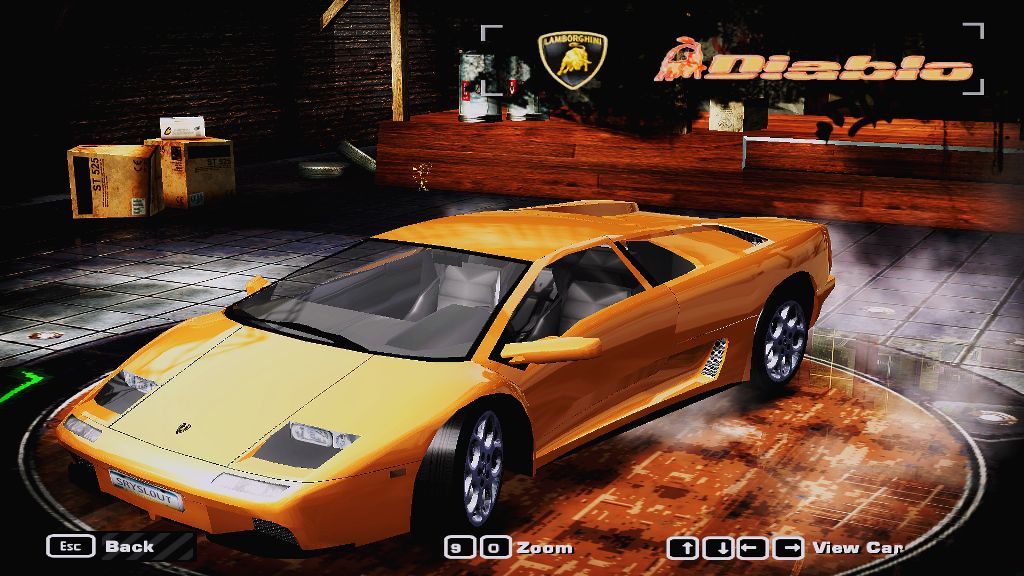 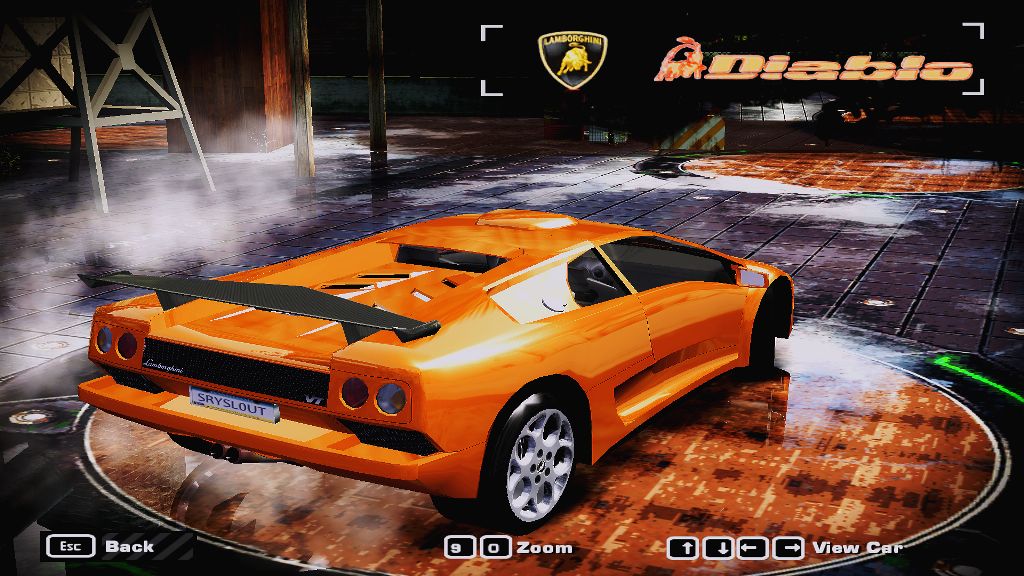 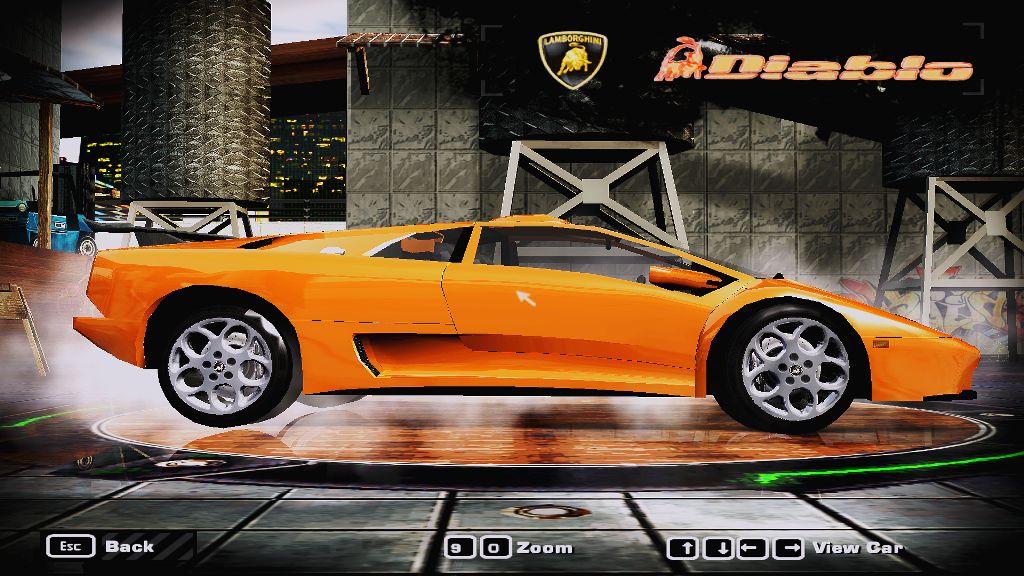 The Diablo is a legend. It doesn't need any presentations.
This is the version I prefer and also one of my favorite cars ever.
I think that it's a shame that it's missing not only from MW but also from all the
other modern driving games/simulators, in favor of the newer Lambos.
So, at the end, I decided to make it.

What makes it so special is its design: the front section is not only
lower but also narrower, making the entire car look like a giant arrow: an arrow pointed towards the finish line.
It has about 550 hp. This power is nowdays far from the top, but just a
few years ago it was one of the highest for production cars, projecting it onto the
Olympus of supercars.
Anyway, for every car enthusiast these words sound like obvious. It is very
famous! Particularly for the sound of its 6 liters V12 aspirated engine.
The Diablo VT is often believed to be the latest truly Italian Lambo.
And this is not completely true.
It is true in the sense that it is basically the result of an heavy restyling on the
base of the previous Diablo SV (the one with pop-up headlights); but the project was
performed by the Audi's engineers. This was the first project of the new owner company.
Later on the car was replaced by the Murcielago.
I think that the new Lambos (Murcielago, Gallado, Reventon, etc…) perform better
and are also more reliable and comfortable… but the Italian touch has nowdays been unfortunately completely lost.
What makes this car so beauty and particular is IMHO the fact that it preserves the sinuosities of the italian design, that comes from the SV, but it has also that sense of polished, technological perfection and relyability, typical of the german productions.


PARTS THAT CAN BE CUSTOMIZED:

- The real weight distribution of the car is 41% front and 59% rear. However the game seems to handle this feature with too much emphasis.
So, if you want an easier drive experience (and you don't care about realism), you can modify this value in
the sections "FRONT_WEIGHT_BIAS" of the file (there are 2 of these sections, one for stock and one for modified car).

Hope you won't find any.
The car is very low poly, but it must be said that its shape is quite "squared", also in reality…
so the low amount of polygons doesn't necessarily imply low accuracy.
The rear wheels are different from reality because the real ones are concave. I also made a 3d part for rear rims, but the game does not allow to differentiate front and rear wheels.
Wheels may differ only in size but not in shape. If someone has a solution for this, I look forward to hearing from him.


CREDITS GO TO :
- Electronic Arts for making a game that after 10 years is still the best arcade racing
- Lamborghini Automobili for making this so good-looking car.
- TerraSphere_385 for the wonderful sound
- Racer_S for NFSMW Camera Hack, that's wonderful
- To the makers of Zmodeler 1 & 2, and export filters
- Arushan for nfsmw-modtools and VLTEdit
- nfsu360 for NFS Textures Compiler
- me