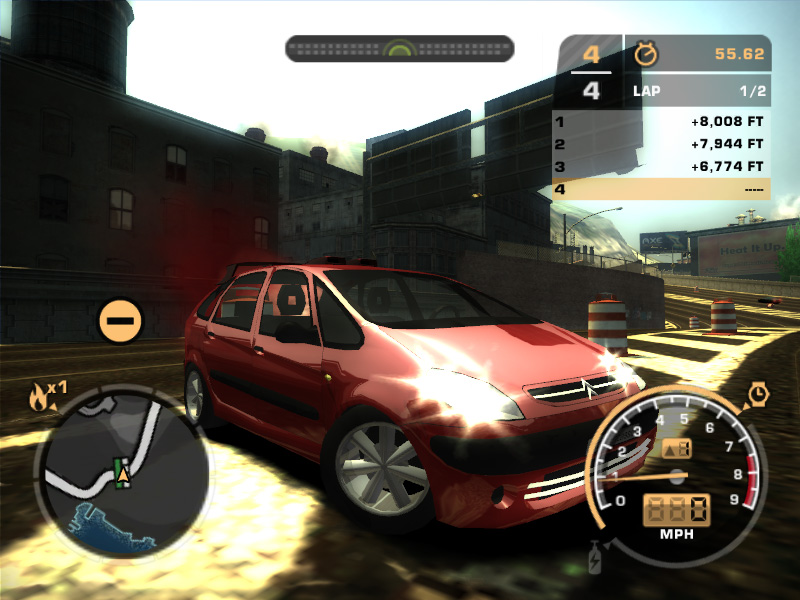 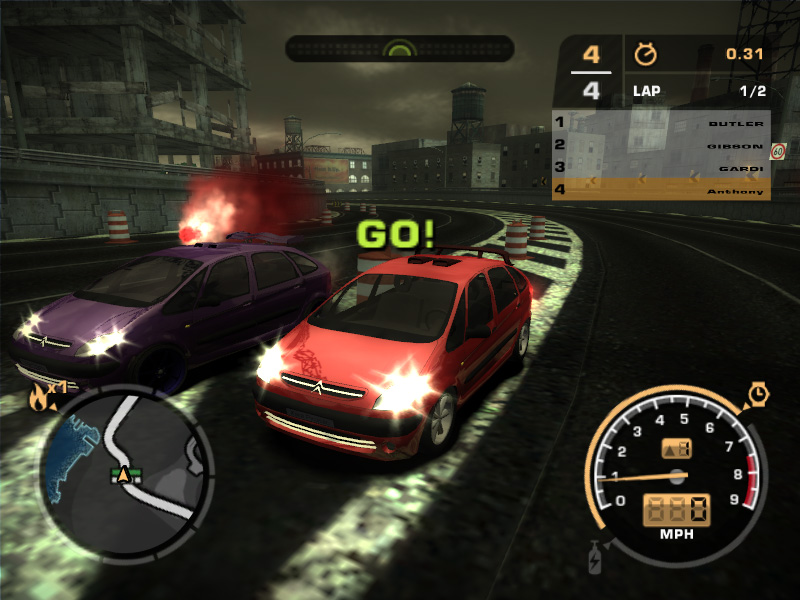 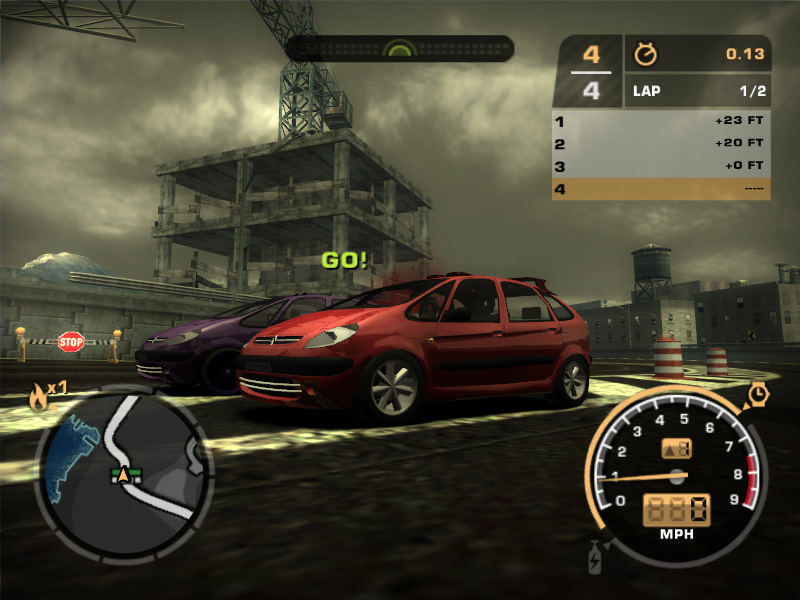 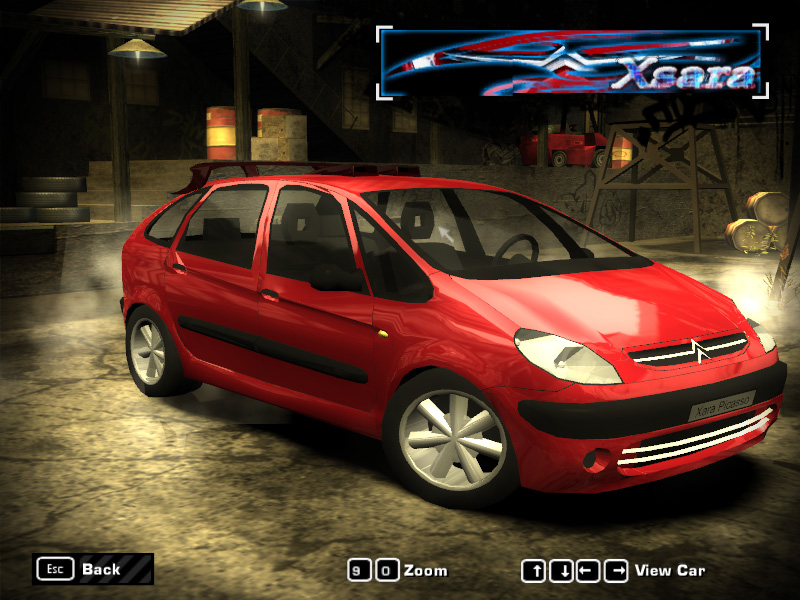 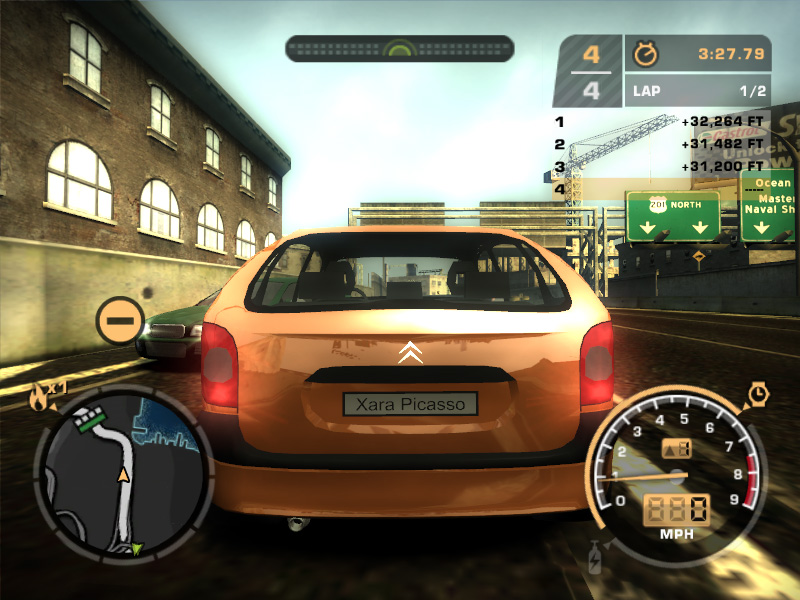 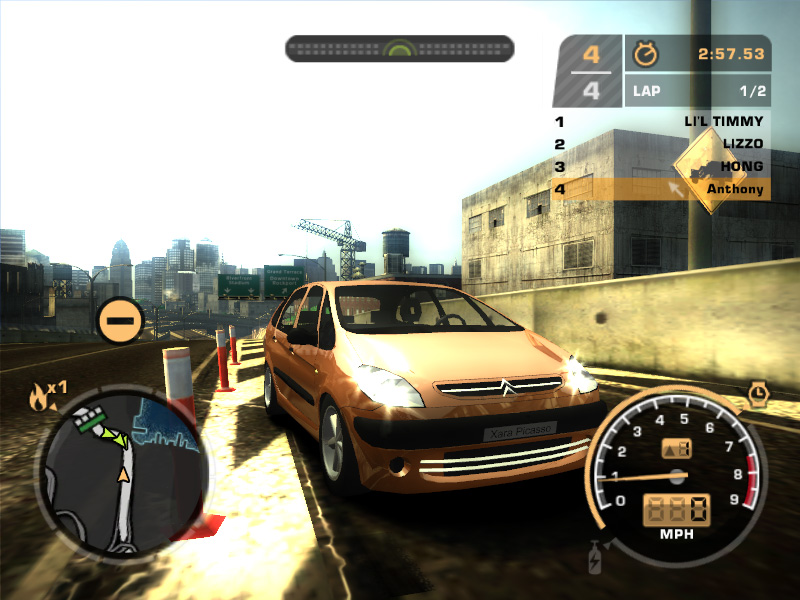 A user named adifarig asked for an Xsara, he didn't specify which one and even if he did, I wouldn't have cared about that part. I'm pretty sure he was referring to the Rally Sports version but meah…I like the Picasso one more. So I did a search on the web, asked AL what were the rules for his downloadable models, and his reply is anything I want as long as it's not for commercial usage, and this isn't commercial use.

It wasn't as simple as just drag and drop, I spent about 6 hours today just fixing, tweaking, recreating polygons, parts of the car, adding more polygons, making simple UV coords on the model, but yeah, the model isn't mines, I am the one that converted the model to the game, but I'm not going to put myself as the author.

–––––––––––––
Car Info:
Replaces: Renault Clio
Mods: Wheels(duh), Spoiler, and Scoops.
Things that I did on purpose: Matte/Dull Paint schemes are disabled and so is the DARK custom paints. No Driver, not my model, not going to spend the extra few hours of positioning, boning a model to the interior, etc.

Performance is pretty much like the stock Renault Clio, except it gets up to speed a little faster but steers just as badly.

Other than that, I hope you enjoy it, now back to my regular projects.
Feel free to upload the car anywhere, just keep the author as Architecture AL.
You can download the car in skp format from google warehouse under 3DCADCO's gallery. He is the original author of this car because if you do some digging, and polygon matching, his submission was the earliest to date from the other clone uploaders around the net.

Also if you ever tried modeling a car in Sketchup, it looks clean in there, but when you export it, it's well…..NOT, and from looking at his mesh's poly/ngon flow, I can tell it was made from Sketchup. There is a cleaner model around the net of this same car, but I couldn't get him/her to respond to my email.

–––––––
Credits:
-Architecture AL for the car model and his great set of resources and a possible business partner in the future.
-adifarig for asking for the car, though probably not this one exact.
-My Wifey, since being married to her made me start liking cars for families more.
-Korean music….for well…..keeping me up, lol.
-My Family

Now someone is going to go and ask why would I credit my family and my wife for, and that it's retarted to do so, well its just as dumb as the converters putting themselves as the author and crediting themselves for converting their items.